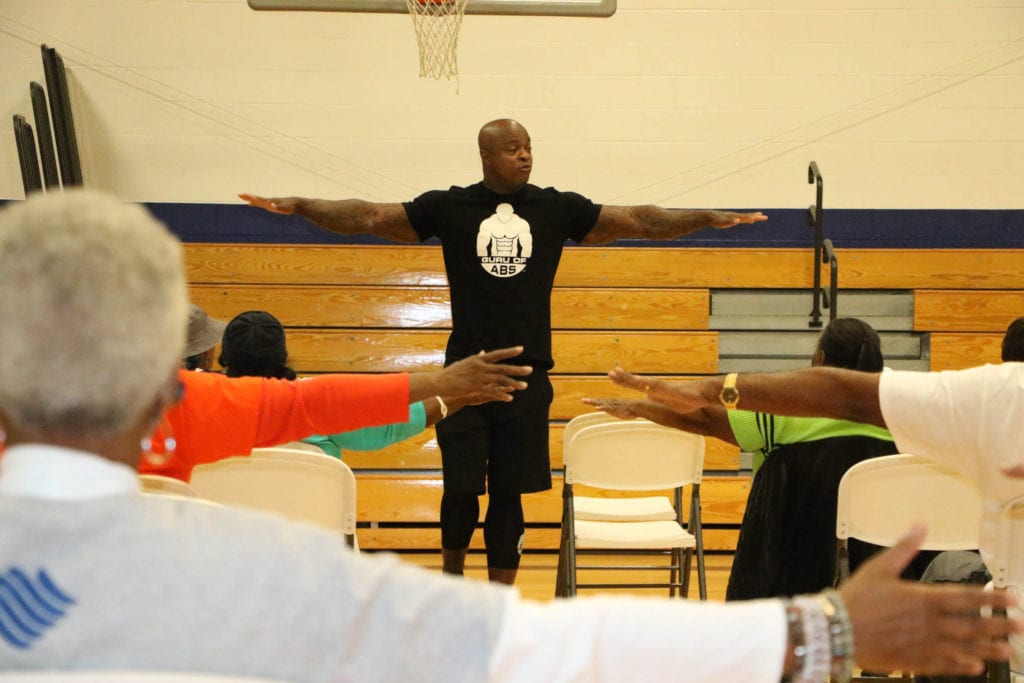 Dashuan Johnson, better known as “The Guru of Abs,” showed seniors how to shed their midsections during a kickoff celebration of a new senior fitness program at the City of Stonecrest’s Browns Mill Recreation Center on Dec. 3.

Johnson got the crowd moving and started them off with chair exercises to some thumping beats where they were able to stand intermittently and do marching exercises. Atlanta Brand Central provided complimentary T-shirts to commemorate the center’s first senior class since the center’s grand re-opening after undergoing a $100,000 renovation this past October. 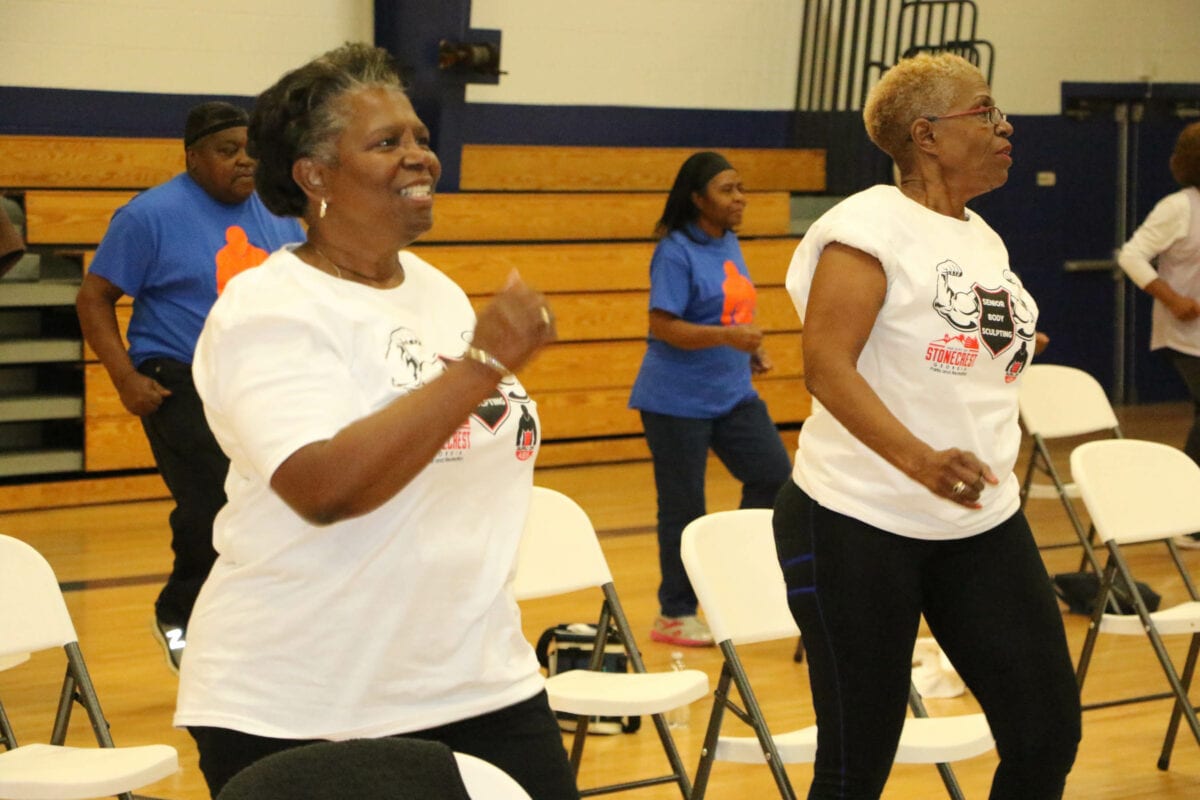 “We’re very excited to have Mr. Johnson at Browns Mill. It’s one of our first programs that addresses health and wellness for the community and active older adults. It’s important that older adults have access to dynamic instructors with appropriate modifications,” said Sean DePalma, Stonecrest’s director of Parks and Recreation.

Stonecrest operations director Brandon Riley said he found out about the program through his mom who praised the fitness program after attending Johnson’s class at another center in DeKalb County.

“It is very important to me that we continue to bring excellence and awareness to the City of Stonecrest and that we continue investing in our citizens and our community. My vision is to provide great customer service for this city so we can be the Chick-fil-A of parks and rec,” said Riley.

Kimberly Butler, 51, is a resident of Stonecrest and a fan of Johnson’s fitness program.

“Although I’m not quite a senior, I started taking Dashaun’s class for health reasons. When I got into the class, everything started improving and I started seeing weight loss. I like his body sculpting class because it really works,” said Butler.

“We are so glad to have Guru of Abs. His classes are amazing and he loves working with seniors,” said Tameika Porter, who helped bring Johnson to Browns Mill Recreation Center.

Jewel Porter, 66, said she appreciated that Johnson’s class was both fun and accessible.

“He was really patient and calm and didn’t push us too hard,” said Porter, who came from the neighboring city of Conyers.

Johnson, a native of DeKalb, said he started the program in 2018 in honor of his grandparents who passed away just 30 days apart two years ago. He said seniors are his favorite group to serve and that he looks at them as family.

“A lot of my peers that I grew up with send their parents to my classes, which makes me feel really good. They’re loyal, dedicated, on time and they are committed. So I try to find ways to keep them energized, engaged and entertained,” Johnson said.

Johnson was recently featured in a PBS Network documentary for his work with seniors at DeKalb’s Exchange Park and said working with this demographic has been really pivotal in his career.

“We’re not a class. We’re building a community,” said Johnson.