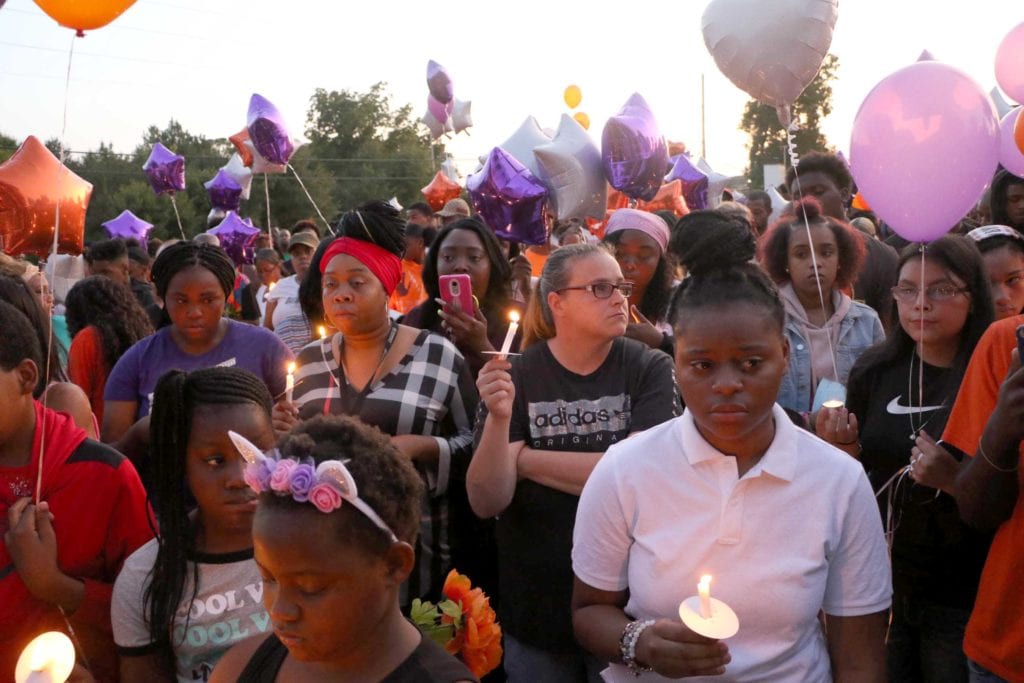 Hundreds of family members and friends turned out tonight to remember Isaiah Reid and Jaime Hernandez, Jr., who were half brothers, and their friend, Brandon Gresham. Evangelist Renee Simpson of Bible Way Worldwide Outreach Ministry hosted the candlelight vigil, which was held on Hunting Creek Drive S.E.

All three of the Salem High School students, ages 16 and 15,  were fatally shot by a homeowner after they exchanged gunfire on Monday at 4 a.m. on the lawn of a residence on White Oak Court in Rockdale County.

Initially, the Rockdale Sheriff’s Office reported the incidence as a home invasion. Later that day, however, in an updated news release, investigators called the incident an attempted robbery that took place outside of the home. The Sheriff’s Office said the homeowner and two other people were outside when the teens approached the house with their faces covered. One of the teens fired and the homeowner returned fire.

In an incident report that On Common Ground Newsobtained today from the Sheriff’s Office, Deputy Travus Blevins identified two of the victims as females. The third victim was identified as a male. None of the victims were injured.

All three suspects were killed.

Blevins said when he arrived on the scene, he found one of the young men laying on top of a Glock handgun. He found the second teen face down in a “pool of blood.”

Deputy Lee Thomas said two of the teens were pronounced dead after they were taken to the hospital. Thomas said the homeowner was not charged. He said the investigation is continuing.