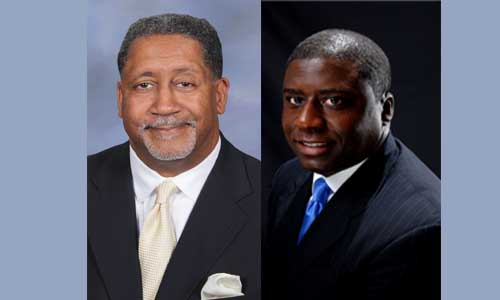 Stonecrest Mayor Jason Lary and the City Council have announced several scheduled community meetings to discuss the one-cent, Special Local Option Sales Tax (SPLOST) referendum slated to go before DeKalb County voters in November. The meetings will give residents and other stakeholders the opportunity to voice their support or opposition to the SPLOST. At the meetings, attendees also will be able to suggest capital improvements and projects for the city’s portion of the SPLOST proceeds.

“It is really important that people attend so that they can be educated about the SPLOST referendum before they go to the polls,” said Lary. “The meetings will provide the opportunity for them to ask questions and offer input.”

Lary said John Funny, principal with Grice Consulting, will lead the SPLOST discussions. The series of forums are being held to meet a Sept. 22 deadline in which cities must provide DeKalb County officials with their proposed project lists. Grice Consulting is the project management company responsible for organizing and managing Stonecrest’s SPLOST.

The sales tax is a consumption tax charged on goods purchased in DeKalb County. The tax will not affect food or pharmaceutical purchases. SPLOST also will have no effect on property taxes.

Proceeds from the tax must go toward capital projects. The state mandates that municipalities receive a share of the county’s SPLOST revenues. The revenue amounts are determined by the size of the city’s population. It is estimated that Stonecrest, which has a population of 50,000, will receive more than $47 million over the next six years. If the SPLOST vote passes, Stonecrest will start receiving funds during the first quarter of 2018.

The mayor and city leaders recently met with county officials and discussed using the revenue for transportation, new road construction, widening of roads and making improvements to reduce traffic congestion. City leaders also marked funds for bike and pedestrian facilities, parks and recreation, and the development of the city’s police department. As part of the six-year agreement, city officials said the city would share a portion of Stonecrest’s revenue with the county to make fire department improvements.

Additional meetings are scheduled for the following times and locations:

The City Council will vote on a resolution to approve or reject the SPLOST during a special call meeting on Sept. 21, 10 a.m., at the Stonecrest Library. The DeKalb County Commission is set to vote on the county-wide resolution on Sept. 26, 2017.