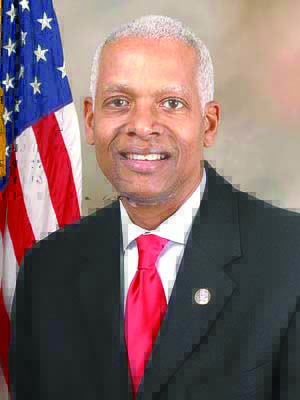 Lithonia Democratic Congressman Hank Johnson overwhelmingly defeated Republican opponent Victor Armendariz on election night, winning a sixth-term as the representative of the Fourth District. Johnson received 75.69 percent of the vote (the second-highest among peers who had opponents), while Armendariz received 24.31 percent.

Only Atlanta Democratic Congressman John Lewis, who represents the Fifth District, earned a higher percentage of the vote among Congressional candidates who had no opposition. Lewis, who was first elected in 1986 and is the lonest-serving member of the Georgia delegation, won a 16th term with 84.41 percent of the vote.

“While I’m disappointed in the results of the Presidential election, it has renewed my spirit to be a fighter of justice more seriously than ever,” said Johnson. “Voters’ faith in me is what keeps me moving forward and gives me the strength to keep me fighting for what’s right in Washington and in Georgia. With constituents’ support, I will continue to fight on behalf of residents of the Fourth District.”

Johnson, who has served 10 years as Congressman, took office in 2006.A ranking member of the subcommittee on Regulatory Reform, Commercial and Antitrust Law, Johnson has introduced, co-sponsored and passed legislation to protect consumers and citizens’ civil liberties include the Arbitration Fairness Act (AFA) and the Stop Militarizing Law Enforcement Act.

As a member of the House Armed Services Committee, Johnson became a leading national voice for the demilitarization of local law enforcement agencies in 2014 after police donned camouflage tactical gear and climbed aboard heavily armored vehicles to confront peaceful protestors in the streets of Ferguson, Missouri, in the aftermath of the shooting death of an unarmed teenager. To help restore trust between law enforcement and the communities they serve, he filed the Police Accountability Act and the Grand Jury Reform Act in the wake of police shooting deaths of unarmed black men across the country.

Prior to his election to Congress, Johnson, an attorney, served 12 years as a magistrate judge, and five years as a county commissioner.
Johnson is married to DeKalb County Commissioner Mereda Davis Johnson. They have two adult children.