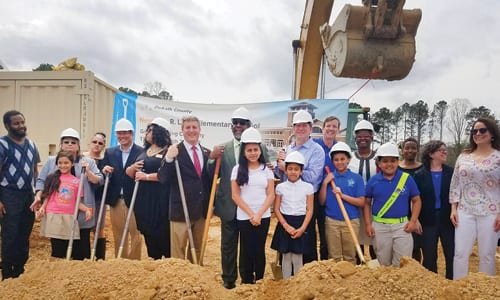 DCSD teachers, students, administrators and officials gathered at the site of the future John R. Lewis Elementary School named in honor of U.S. Congressman, who represents Georgia’s 5th District. The legendary Lewis, one of the original 13 Freedom Riders, received the Presidential Medal of Freedom, the highest civilian honor, from President Barack Obama. He was arrested over 40 times for his involvement in civil rights marches and protests

The celebratory groundbreaking for DeKalb’s new school was held at 2630 Skyland Drive NE in Brookhaven.