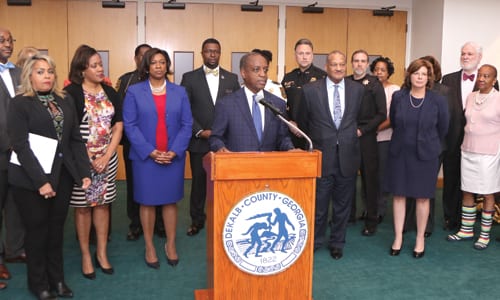 Record restriction may be available to citizens who have arrests by DeKalb County Police Department or Sheriff’s Office that did not result in a conviction. Record restriction can improve housing, job and financial access opportunities.

To apply for record restriction, visit www.dekalbcountyga.gov/recordrestriction. Citizens can apply to have a maximum of two records restricted per person. Applications will not be accepted on site at the summit.