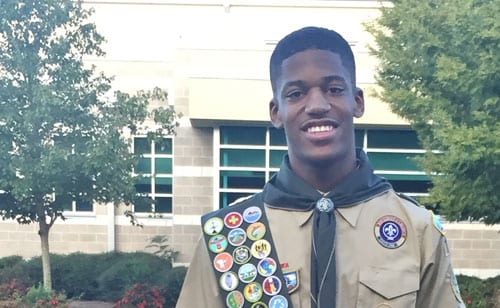 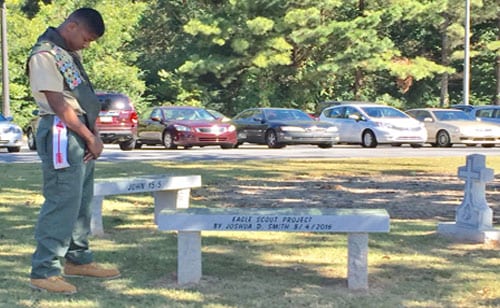 A member of Boy Scout Troop 155 chartered to New Covenant Christian Ministries, Smith is one of approximately five percent of all Boy Scouts who ever achieve this rank.

Smith is the son of Cedric and LaVonne Smith. A leader in both scouting and the community, Smith served as Senior Patrol Leader, Assistant Senior Patrol Leader, Chaplain Aide, scribe, and historian in Troop 155. He is a senior at Arabia Mountain High School in Lithonia, where he is an Honor Roll student, l, a member of the Future Business Leaders of America, a swim team manager, participant in the Work-Based Learning Program, and has completed the Culinary Arts Pathway.

According to Troop 155’s Scoutmaster Steve Joseph, an Eagle Scout himself, “The road to attaining the Eagle Scout Rank is very challenging, and Joshua never gave up on his dream of completing this process. I am very proud of Joshua, who is my first Eagle Scout. This is the start of great things to come for Joshua, and he will be able to take the foundation of his scouting values and apply them to all areas of his life.”

Smith will be recognized in an Eagle Scout Court of Honor presentation on Feb. 11, at New Covenant Christian Ministries in Lithonia.