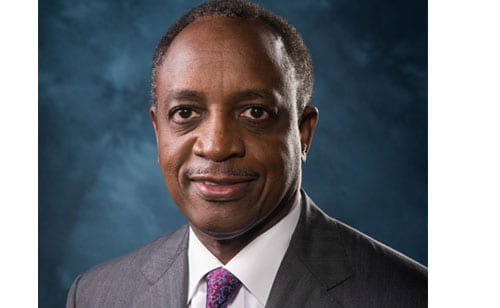 DeKalb CEO Michael Thurmond is addressing what he calls the county’s most important critical issues for the remainder of fiscal year 2017: deficit spending and an inadequate fund balance.

“Our number one priority is to reduce the deficit so that we can propose a balanced budget in fiscal year 2018,” CEO Thurmond said. “We are able to redirect existing funds to address two other priorities including salary adjustments for public safety personnel and continuing our fight against blight.”

CEO Thurmond’s proposed midyear budget adjustment, which was delivered to the Board of Commissioners on June 12, sets aside approximately $54.6 million, or more than one month of the annual budget as the year-end reserve.

This increase in the fund balance, previously at $33.7 million in the budget as passed in February, will be achieved by dedicating all new available funding toward this effort.

The overall operating budget decreases by 2.1 percent from $1.298 billion to $1.271 billion. The budget fully funds all currently filled positions (6,319) and partially funds an additional 155 positions for the rest of the year for a total of 6,474 employees.

In addition to allocating additional funds toward the year-end reserve, the proposed budget adjustment calls for the redirection of existing funding for all new expenditures.

More than $7.2 million of existing funding will be redirected to other operational needs and to fund public safety pay packages. Of this amount, $1.6 million is dedicated to the first phase of addressing public safety employee compensation.

The budget passed in February dedicated $2.6 million of existing funding to a multi-departmental effort to remove debris, trash and grass from roadway drains. This midyear proposal expands that effort to include other aspects of blight reduction with an additional $1.2 million directed to the following:

Other unforeseen additions to the budget include:

Thurmond presented his midyear 2017 proposal to the Board of Commissioners on June 12. A final vote by the BOC is scheduled for July 11.