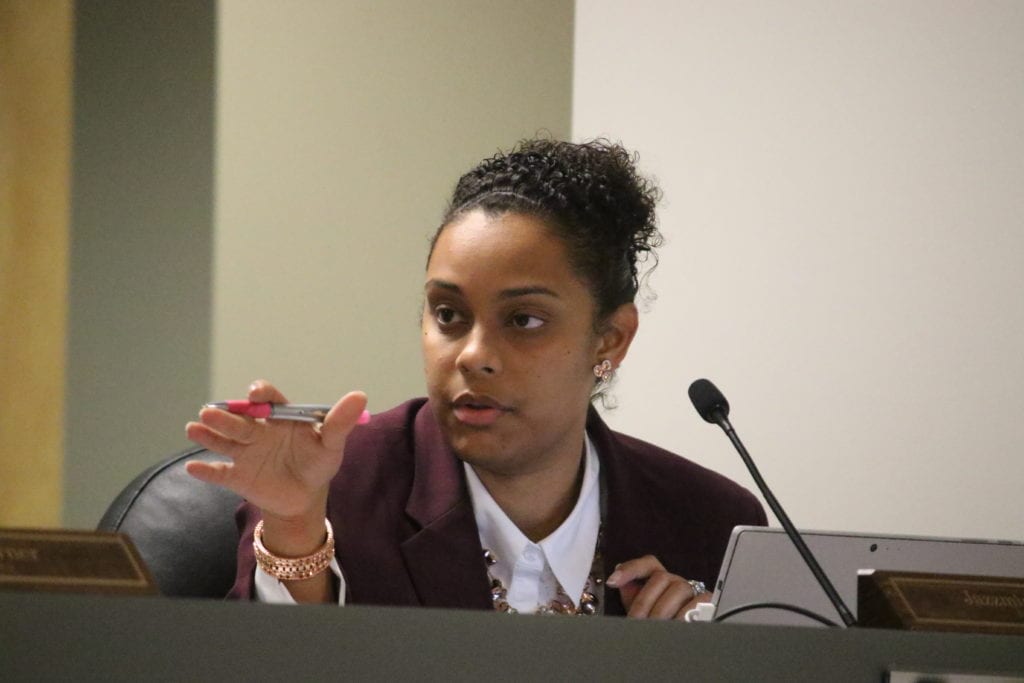 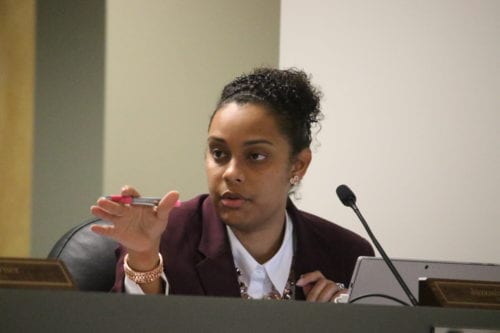 In the ruling filed on Sept. 28, Judge Scott said Cobble should not forfeit her elected seat due to ambiguity in the city’s charter.

“At most, Plaintiffs have shown the Charter is ambiguous as to whether Councilwoman Cobble has met the conditions for ‘forfeiture’ of her office under its provisions. Given the sweeping remedy of removing a sitting elected official, this Court will not remove an elected official based on what is at best an ambiguous provision of the Charter. The Court urges the City of Stonecrest to create processes or adopt procedures to address these ambiguities going forward.”

The judge further stated: “…..Removing an official elected by voters from office and creating a vacancy is a significant issue that a court should not lightly undertake, especially recognizing that Georgia has chosen a citizen legislature for its General Assembly and form any of its other jurisdiction.”

Cobble said in a statement that she released today (Sept. 29) that she was grateful for the judge’s decision. It marked the second challenge she faced this year concerning an attempt to have her removed from her seat based on the city charter.   In February, Judge Scott ruled in Cobble’s favor after the City of Stonecrest filed a declaratory judgment to determine whether  she had to forfeit her seat  based on the City Charter.

“I am grateful that Judge Scott has affirmatively ruled that I remain a member of the Stonecrest City Council,” Cobble stated. “We have too much ahead of us to be distracted by petty political disputes. It is best for the people of the city that this second attempt to remove me from office through the courts met the same result as the first attempt.

Julius Lee and 14 Stonecrest residents filed the petition seeking Cobble’s removal from her City Council seat, saying that she missed two  regular City Council meetings– the first on Sept. 23, 2019 and the  second on Oct. 12, 2019.

Scott stated in his ruling that the city charter provides for forfeiture of office if a member of the council “fails to attend one-third of the regular meetings of the council in a three-month period without being excused by the council.”

The judge stated, however “The charter does not further explain (1) how to set forth the formula for calculating “one-third” of the regular meetings, (2) what a “three-month period refers to, or (3) a procedure for excusal “by the council.”

Cobble maintained that the City Clerk was notified that both absences were work-related and none of the council members objected at that time or even after the matter was brought to their attention by the city’s administration.

The plaintiffs in the case issued a statement following Judge Scott’s ruling:

This action was about the City Charter and its obligations. It was never about one individual.  We observed what appeared to be a nonchalant attitude by several council people towards the Charter, despite taking an oath to uphold it.

There was precedent around absences. When the Mayor wanted to be excused from meetings due to his treatments for cancer, he knew he had to go before council to have his absences excused. Council would not approve. As a result, the Mayor continued to attend meetings despite his problems with cancer.

While we believed Ms. Cobble erred in not giving council an opportunity to vote on her absences, our focus was on the viability of the Charter. Unfortunately, our avenue into protecting the Charter involved her removal. None-the-less, the City paid her legal fees and as has been pointed out on social media, there was a good chance she would be re-elected if it ever came to it.

We are disappointed the issue of the Charter was not resolved and worry how the Charter may be misused and weakened in other ways in the future. It now appears a council person can miss as many meetings as he or she wants.

Our focus moving forward is on improving the city and helping it to grow.”

At the conclusion of the City Council meeting last night, Council members George Turner and Rob Turner congratulated Cobble on her successful challenge.