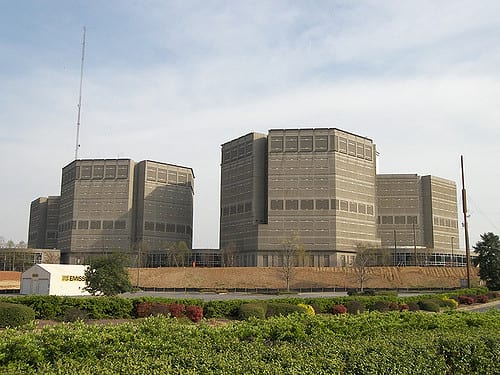 DeKalb County Jail officials have arrested a jail services worker accused of collaborating with an inmate to get contraband inside the facility on Memorial Drive in Decatur, Georgia.

In a confrontation inside the jail on May 19, the Sheriff’s Office arrested 19 year-old Corderius Farley of Decatur without incident on a warrant for Criminal Attempt to Cross a Guard Line with Intent to Deliver Contraband.

Farley worked for the agency’s food services vendor, and had access to inmate workers who prepare meals in the jail’s well-known kitchen—the largest in the metro area.  He is accused of working in conjunction with an inmate who is awaiting trial on charges of probation violation.

The DeKalb County Sheriff’s Office had been conducting an internal investigation recently to verify information they obtained that Mr. Farley was bringing drugs into the jail and delivering them to the inmate for possible further distribution. Just as deputies made the arrest, they also conducted a sweep of the jail’s intake area, kitchen and housing units using K9 deputies and the Jail Emergency Services Team.

“We needed to make inmates aware that this type of behavior will not be tolerated,” says Sheriff Jeffrey Mann.

Farley is being interviewed by the DeKalb Sheriff’s Office of Professional Standards after being terminated as a vendor services employee.  The inmate involved will lose certain privileges and may face additional charges, pending further investigation.