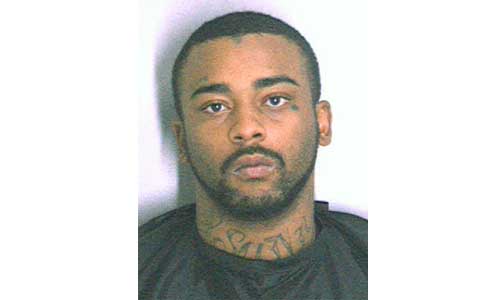 DeKalb County District Attorney Sherry Boston announces a conviction by jury trial of Kaylon Jiles, a member of the HATE Committee, the enforcement arm of the Gangster Disciples gang.  On Thursday, jurors found Jiles guilty of Felony Murder, Aggravated Assault, and Possession of a Firearm during Commission of a Felony for the 2017 shooting death of 30-year-old Eris Fisher. Jiles, 26, shot Fisher multiple times in front of his wife and friend over a drug dispute.  This incident happened on November 5, 2017 at the Motel 6, 2820 Chamblee Tucker Road.

Fisher was living at the Motel 6,  and according to witnesses, had purchased cocaine from Defendant Jiles, aka Hologram,  earlier that day.  Fisher believed he was shorted in the deal. Defendant Jiles led Fisher to believe he would “make it right,” but instead showed up at the motel with two additional men and confronted him. Fisher and his wife pulled up in their car at the motel, and Fisher got out with his hands in his jacket. Jiles yelled at Fisher to get his hands out of his pockets, and then all three men began shooting at Fisher. The men fled in a black Dodge Charger. Fisher’s wife and a friend witnessed the shooting. Officers responded and found the victim in the parking lot with several gunshot wounds.

One of the two men with Jiles was identified as Traquan McLeod. Jiles and McLeod were arrested together on February 13, 2018 by fugitive investigators. The men were identified as members of the HATE Committee. McLeod previously pled guilty to Voluntary Manslaughter and Gang Act Violations and was sentenced to 20 years in custody with five years to follow on probation. The third man has still not been identified.