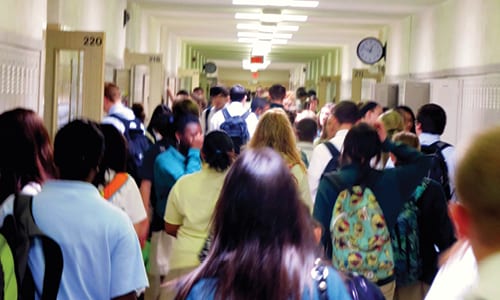 State lawmakers are establishing a House Study Committee on School Security in the wake of the massacre at a South Florida high school.

Meanwhile, Rockdale County elections officials announced last week it was eliminating school-based voting precincts. Elections supervisor of Elections Cynthia Welch said the Rockdale Board of Elections and a citizens committee began looking at making the moves last summer. Welch said about 43,000 voters will be assigned new precincts ahead of the May 22 elections.

State lawmakers moved to establish a committee to study school safety as growing national attention is focused on the Parkland, Florida massacre.

“In the wake of one of the deadliest school shootings in recent history, it is absolutely critical that we study ways to improve security and safety in Georgia schools,” said Rep. Jasperse, who is sponsoring House Resolution 1414.  “I hope that by establishing this study committee, we will be able to explore practical ways to make our classrooms safer for every student, teacher and school staff member across our state.”

Jasperse, who chairs the House Higher Education Committee, was supported by Speaker of the house David Ralston.

“We want children to feel safe in their schools, and we want to ensure that schools have the resources necessary to combat the evolving nature of security threats,” said Ralston. “I trust Chairman Jasperse to see to it that this important priority makes it through the legislative process.”

Under HR 1414, the House Study Committee on School Security would study the conditions, needs, issues and problems related to school safety and security in Georgia and recommend any action or legislation deemed necessary or appropriate. Additionally, in the event that the study committee adopts any specific findings or recommendations that include suggestions for proposed legislation, the chairperson would file a report prior to Dec. 1, 2018, the date which the study committee would be abolished.

The House Study Committee on School Security would consist of nine members of the House of Representatives appointed by the Speaker of the House, including a committee chairperson also appointed by the Speaker of the House who would be responsible for calling all study committee meetings. The study committee would hold meetings at places and times deemed necessary or convenient to fully and effectively exercise its powers, perform its duties and accomplish its objectives and purposes.

Speaker Ralston recently announced that $8 million in bond funding for school security would be included in the House version of the Fiscal Year 2019 budget. The funding is envisioned to be used for campus security equipment such as security/camera systems, access control systems or door hardware. House leadership has invited their colleagues in the Senate to join them in this effort by matching the House’s $8 million appropriation for a total of $16 million.