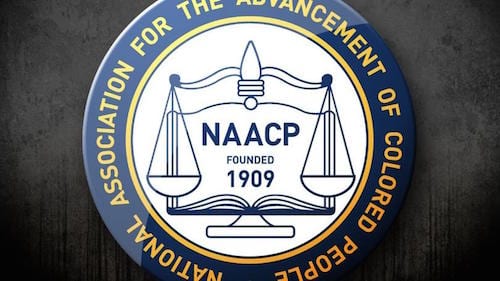 “Today, we encourage our members, units, and the community to Vote Yes only on Amendment 2. Specifically, Amendment 2 will trigger the implementation of Senate Resolution 7 and allow the state

legislature to provide for additional penalties or fees to a court case in which a person is found guilty “of keeping a place of prostitution, pimping, pandering, pandering by compulsion, solicitation of sodomy,

Amendment and additional tax and spend powers to the General Assembly and a already too powerful Governor; support for sexual exploited children is too critical” said Francys Johnson, Statesboro Attorney and Georgia NAACP State President.

While Amendment 1 and 3 has been the subject of large scale discussion across the state, many voters are not familiar with the other measures -or exactly what they represent. Georgia currently does not allow any form of citizen initiated ballot measures, so all ballot measures must be referred by the legislature.

“The Georgia NAACP is the state’s oldest and largest civil rights organization and its support is critical for those citizens that respect and listen to its message. As such, I am thankful for this policy position change.

Specifically, thousands of Georgia’s children become victims of human sex trafficking each year with the highest percentage being that of African Americans at 40%” said Dee Dawkins-Haigler, (D –

The change to the Georgia NAACP’s policy position was welcomed by other child advocate groups including the Interfaith Children’s Movement.

“As a former juvenile court judge who saw the devastation caused to children who have been victimized by human trafficking and as a Georgia citizen who has ‘fought this battle” for more than 16 years, I urge all citizens of good conscience to support this “once in a lifetime” opportunity to have consistent funding for services for survivors; it is the least we can do on behalf of children who have been exploited

and abused by adults who should have protected them” said Nina

“Supporting amendment 2 will provide dedicated funds to assist the victims who have fallen prey to sexual predators.

Yet, it will take more political courage from our elected leadership ensuring the fund is administered properly. Additionally, there must be more support from both the private, faith, non-profit, and public sectors to eradicate this appalling condition in which we find too many of our children languishing” said Johnson.

BackgroundSenate Bill 8 Senate Bill 8, or Safe Harbor/Rachel’s Law Act, was introduced in the Georgia State Legislature on December 12, 2014, and was signed into law on May 5, 2015. The bill called for the creation of the Safe Harbor for Sexually Exploited Childr

According to the text of Senate Bill 8, The Safe Harbor for Sexually Exploited Children Fund is a separate fund in the Georgia State Treasury and its primary purpose “is to disburse money to provide care and rehabilitative and social services for sexually exploited children.

For more information about the work of the Georgia NAACP, please visit our website at www.naacpga.org.

The Georgia NAACP still opposes the other statewide constitutional amendment questions. We are encouraging Units, members and the broader community to vote NO on the following.

AMENDMENT 1 Creates the so-called Opportunity School District, which allows the Governor to take over struggling schools.

BALLOT PREAMBLE: Shall the Georgia Constitution be amended to provide greater flexibility and state accountability to fix failing schools through increasing community involvement?

BALLOT QUESTION: Shall the Constitution of Georgia be amended to allow the state to intervene in chronically failing public schools in order to improve student performance?

VOTE NO because current law allows for the elected State School Superintendent to exercise several of the powers available in the OSD. By creating this new super-structure for struggling schools, an unelected education official will be given exclusive authority over up to 100 schools to manage, restructure or close and funds for the school district will be diverted for the purposes determined by the OSD superintendent.  The NAACP believes Amendment 1 is a threat to Public Education.  LEARN MORE

NAACP’s Policy Position on Education – A free, high-quality, public education for All.  In a just society, every child will receive a free, high quality, equitably-funded, public pre-K and K-12 education followed by diverse opportunities for accessible, affordable vocational or university education.

AMENDMENT 3 Changes oversight of judicial conduct to give greater authority to the state legislature.

BALLOT PREAMBLE: Shall the Georgia Constitution be amended to reform and reestablish the Judicial Qualifications Commission and provide for its composition, governance, and powers?

VOTE NO becuase for the first time in more than 40 years, the JQC would cease to be an independent oversight agency and would instead be governed based on political appointments. In addition, the amendment removes certain transparencies from the operations of the JQC.  The NAACP believes Amendment 3 is a threat to the Justice System.  LEARN MORE

BALLOT PREAMBLE: Shall the Georgia Constitution be amended to dedicate revenue from existing taxes on fireworks to trauma care, fire services, and public safety?

BALLOT QUESTION: Shall the Constitution of Georgia be amended so as to provide that the proceeds of excise taxes on the sale of fireworks or consumer fireworks be dedicated to the funding of trauma care, firefighter equipping and training, and local public safety purposes?

VOTE NO because creating a surcharge on certain unrelated businesses are an unconstitutionally punitive taxes that will be passed on to the consumer. As such, this is a regressive tax that disproportionately shifts the burden of funding government to the shoulders of lower income Georgians. Taking care of of exploited children is important priority. Politicans should fund this important work though the revenue generated by the progressive income tax and not through a gimmick.

In conclusion, download the Voter Guide produced by the NAACP Legal Department and Southern Coalition for Social Justice with the necessary identification requirements and sources for more voter information here.

If you have questions or concerns, please call our Election Protection Hotline at 1.866. OUR VOTE.