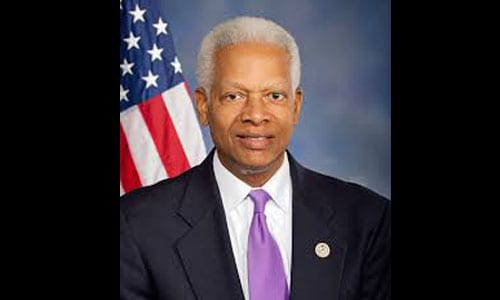 “A president holding an American ally over a barrel to extract personal favors is deeply troubling.” Hank Johnson

The hearing set the wheels in motion for the conceptual framework for what could soon be articles of impeachment against President Trump.

During the hearing, Johnson questioned Professor Noah Feldman, of Harvard University, and Professor Pamela S. Karlan, of Stanford University. The scholars examined the framework of high crimes and impeachable offenses in how the law applies to the evidence uncovered with regard to Trump’s conduct.

In addition to Feldman and Karlan, Johnson and other Democrats called for testimony from Michael Gerhardt of the University of North Carolina. Republicans requested to question Jonathan Turley.

Wednesday’s hearing spanned over eight hours. Three of the scholars argued for impeachment, saying that Trump’s Ukraine dealings met the threshold in the Constitution for impeachable offenses. Turley, however, said that had not been a full investigation and therefore did not meet the rules for impeachment.

Congressman Johnson, a senior member of the Committee, released the following statement and questioning during the hearing.

Rep. Johnson: Thank you, Mr. Chairman. The president has regularly and recently solicited foreign interference in our upcoming elections. Professor Turley warns that this is an impulse buy moment and suggests the House should pause. Professor Karlan, do you agree?

Professor Karlan: No, if you conclude that, as I think the evidence to this point shows, that the president is soliciting foreign involvement in our election, you need to act now to prevent foreign interference in the next election like the one we had in the past.

Rep. Johnson: Thank you. Professor Karlan, in 30 seconds or less, tell us why you believe the president’s misconduct was an abuse of power so egregious that it merits the drastic remedy of impeachment.

Rep. Johnson: Thank you very much. One of the framers of the Constitution — Edmund Randolph — who at one time was mayor of Williamsburg, Virginia, warned us that “the executive will have great opportunity of abusing his power.” Professor Feldman, people like the mayor rebelled because of the tyranny of a king. Why were the framers so careful to avoid the potential for a president to become so tyrannical and abusive and what did they do to protect against it?

Professor Feldman: The Framers believed very strongly that the people were the king. The people were sovereign. That meant the president worked for somebody. He worked for the people. They knew that the president who couldn’t be checked, who could not be supervised by his own Justice Department and who could not be supervised by Congress would effectively be above the law and use his power to get himself re-elected. That’s why they created the impeachment remedy.

Rep. Johnson:Thank you. I now want to discuss how the Framers’ concerns about abuse of power relate to President Trump’s misconduct. On the July 25 call, he said to President Zelensky, “I would like you to do us a favor though.” Professor Feldman, when President Trump made use of the words “favor though,” do you believe that the president was benignly asking for a favor and how is the answer to that question relevant to whether the president abused his power?

Professor Feldman: It’s relevant sir because there’s nothing wrong with someone asking for a favor in the interest of the United States of America. The problem is for the president to use his office to solicit or demand a favor for his personal benefit. And the evidence strongly suggests that given the power of the president and given the incentives created for Ukraine to comply with his requests, the president was seeking to his own personal benefit and interest. That’s the very definition of corruption under the Constitution.

Rep. Johnson: Other witnesses have also testified it was their impression when President Trump said, “I would like you to do us a favor,” he was making a demand and not a request. Professor Feldman, how does Lt. Col Vindman’s statement was a demand because of the power disparity between the two countries relate back to our framers’ concerns about the president’s abuse of power?

Rep. Johnson: We also heard testimony that the president withheld a White House meeting and military aid in order to further pressure Ukraine to announce investigations of Vice President Biden and the 2016 election. Professor Karlan, is that why your testimony concluded that the president abused his power?

Professor Karlan: I thought the president abused his power by asking for a criminal investigation of the United States citizen for political ends regardless of everything else. That’s an aggravating circumstance.

Rep. Johnson: Thank you. A president holding an American ally over a barrel to extract personal favors is deeply troubling. This is not an impulse buy moment. It’s a break the glass moment. Impeachment is the only appropriate remedy. With that, I will yield back.