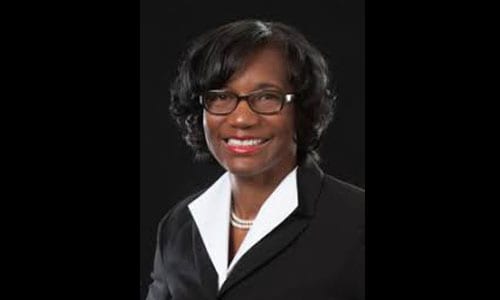 DeKalb County Superior Court Judge Clarence F. Seeliger has granted the City of Stonecrest a temporary restraining order against former City Councilwoman Diane Adoma, who had refused to vacate her seat as she runs for the office of mayor. Seeliger approved the order on Aug. 30, barring Adoma from City Hall offices and other areas and entrances that are not open to the general public. He also ordered Adoma to return all city property in her possession to the city of Stonecrest.

Asked if she plans to vacate the seat now, Adoma replied in a text message on Sept. 5:  “I am focused on running my race to be the next mayor of Stonecrest.”

Seeliger’s decision marked the second in one week that a judge ruled against Adoma. On Aug. 26, Judge Mark Anthony Scott denied Adoma’s request for an emergency injunction to keep her seat. Scott said in the ruling that Adoma gave up her right to the seat when she qualified to run for an office other than her own on Aug. 23.  Georgia’s Constitution,  Article II, Section II, Paragraph V, mandates that any elected official seeking a different office from his or her own must step down immediately after qualifying if there is more than 30 days left on their unexpired term of office. Adoma had two years left on her term as a city council member.

Adoma said she believes the Constitution is conflicting and unfair and she announced at her Aug. 23 news conference that she was challenging the law.

City Attorney Winston Denmark and several city officials testified before Seeliger that Adoma had refused had refused to return city property. She also attended the city council’s executive session and sat on the dais at the Aug. 26 City Council meeting, attempting to vote and even trying to second a motion. The other council members ignored her.

Seeliger delayed the start of the hearing, scheduled at 9:30 a.m., until 10 a.m. so that Adoma could testify. Adoma, however, did not show up.

Seelinger stated in his ruling:

“The Court finds that Adoma was on August 23, 2019, the fifth district council member for the City of Stonecrest. On that day, Adoma completed the required process and qualified to run for the office of mayor of the City of Stonecrest. The term for that office commences in January 2020; however, Adoma’s current fifth district council office does not end until December of 2021. Article II, Section II, Paragraph V of the Georgia Constitution provides that “the office of any state, county, or municipal elected official shall be declared vacant upon such elected official qualifying…for another state, county or municipal elective office… if the term of the office for which such official is qualifying for begins more than 30 days prior to the expiration of such official’s present term of office.” Applied here, Adoma’s seat as the council member for Stonecrest’s fifth district was vacated immediately, by operation of law when she qualified to run for mayor. “

Bell said Adoma had returned all of the city property, except a key card to the City Hall building. The card, he said, would be deactivated.