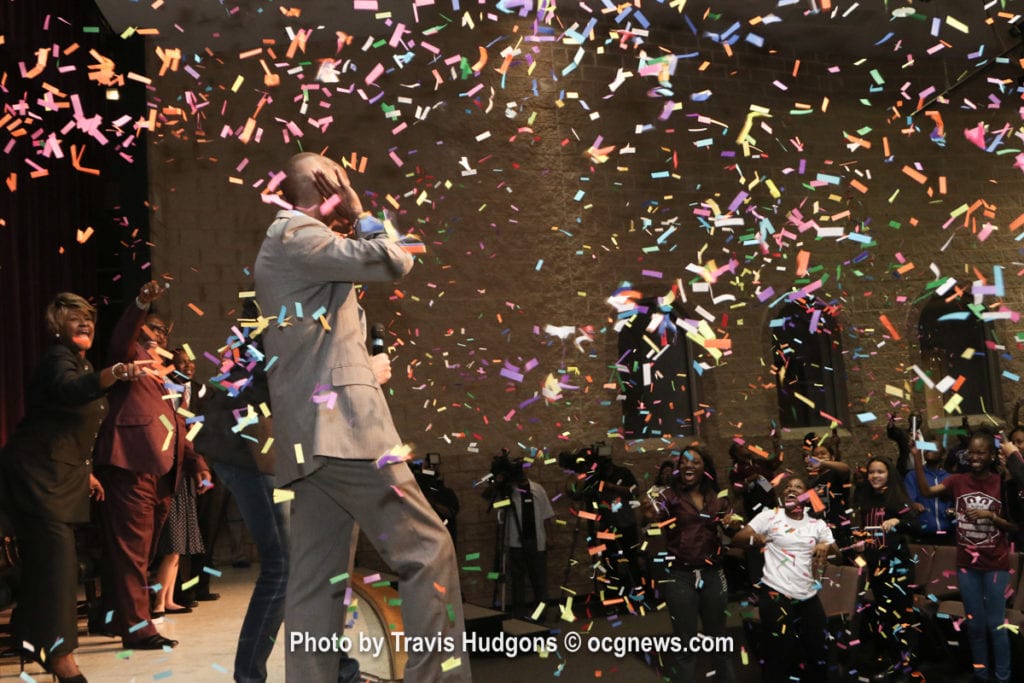 Members of the Martin Luther King Jr. High School ‘Kings of Halftime’ Marching Band received exciting news on May 3. The band will perform in the 2019 Macy’s Thanksgiving Day Parade. The band will proudly represent DeKalb County as one of nine marching bands selected from a nationwide pool of 100 high school, collegiate and military bands that applied.

According to a release, each year, Macy’s selects marching bands with stage presence, musical talent and marching ability for its annual Thanksgiving Day parade. The spectacle draws an audience of more than 3.5 million live spectators and 50 million television viewers worldwide. The bands march with world-famous floats, character balloons, clowns, celebrities and more.

Macy’s Parade Creative Director Wesley Whatley traveled to the school and made the surprise announcement to the band, school officials and members of the media on May 3.

“We’ve had our eye on you for a number of years. We’ve been watching your field show performances and the excitement you bring to every performance,” Whatley told band members.

The more than 200-member band was stunned and excited after the announcement. Led by its first and only band director Travis Kimber, the 17-year-old program has performed in a number of prestigious events including the Cotton Bowl in Dallas, Texas, the Tournament of Roses Parade in Pasadena, CA and they were the first American marching band to perform in Johannesburg, South Africa.

“It really feels good, even after 17 years, Kimber said. This is the pinnacle—the one parade we haven’t done yet.”

The band members will ride this wave of excitement while they spend the next 18 months planning for their appearance which will include rehearsals, fundraisers and community-wide events.