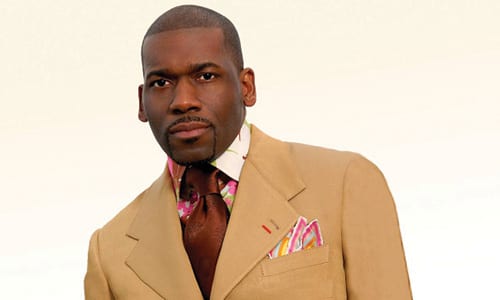 The Rev. Jamal-Harrison Bryant will preach for the first time as the new pastor-elect of New Birth Missionary Baptist Church on Sunday, Dec. 9, 9:30 a.m.

Bryant succeeds Bishop Eddie L. Long, who passed away on Jan. 15, 2017 after a battle with cancer. Thomas W. Dortch Jr., chairman of the board at the church, said Bryant had been selected by a vote among board members. The board announced the appointment of Bryant in a news release on Nov. 19.

“Dr. Bryant embodies the rare balance of spiritual gifts and practical educational experiences that connects pastoral leadership and discipleship teaching with prophetic preaching and courageous social action,” the news release stated. “Dr. Bryant is equipped and poised to initiate theological revival, decisive commitment and rededication to the teachings of Jesus the Christ as the foundation for personal living, family stability and community development.”

Bryant is not only known as a riveting speaker, but has earned a reputation as a social justice activist. Prior to pastoring, he served as the national youth and college director of the NAACP for six years, leading about 70,000 young people worldwide on non-violent campaigns.   In 2012, he led peaceful protests on behalf of the family of Trayvon Martin, the African-American Florida youth whose shooting death by a neighborhood watchdog sparked protests around the nation. In 2015, he helped lead protests against police brutality in the wake of Baltimore resident Freddie Gray’s death while in police custody.

Bryant earned his bachelor’s degree from Morehouse College and a Masters of Divinity from Duke University. He studied at Oxford University in Great Britain and earned a doctorate from The Graduate Theological Foundation.