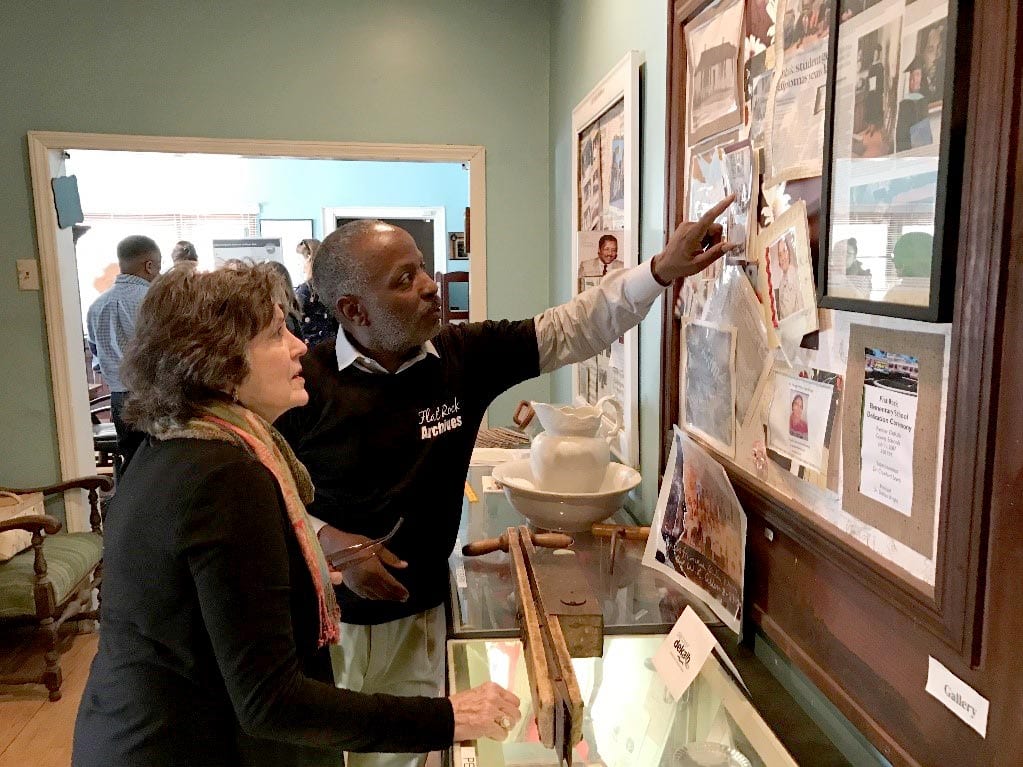 A new exhibit showcasing the history of Flat Rock, one of the oldest African-American communities in Georgia and a part of the Arabia Mountain National Heritage Area, is now open at the DeKalb History Center. Developed in partnership with the Flat Rock Archives, this exhibit displays artifacts gathered and preserved by the Archives from the 150+ years of the community’s existence. On display in the historic DeKalb County Courthouse, where African-Americans were once unwelcome, Deep Roots in DeKalb reveals a story of strength and ingenuity that continues to this day.

From the days of enslavement to its rise as a close-knit agricultural community, Flat Rock thrived because of the selflessness of its leaders and the communal bond of its citizens. Flat Rock’s history begins in the early 1800’s, when settlers and enslaved people populated former Muscogee land. Following the Civil War, some African-American families remained in the community of Flat Rock, working together to ensure success and safety in rural Georgia. One of the local leaders, T. A. Bryant, Sr., was pivotal in ensuring the successful development of this African-American community, purchasing and providing land to local families. Though dogged by marginalization and animosity, the people of Flat Rock flourished.

An opening reception was held on the evening of Feb. 28 at the DeKalb History Center. The Historic DeKalb Courthouse was packed with attendees for the opening of the two-year exhibit.

“The Flat Rock Archives will be at the DeKalb History Center once a month, starting in July,” said Johnny Waits, president and co-Founder of the Flat Rock Archives. “We’ll be educating people about various aspects of the community, including farming, the historic slave cemetery, and many other topics.” Details for the monthly educational events will be finalized in the coming weeks.