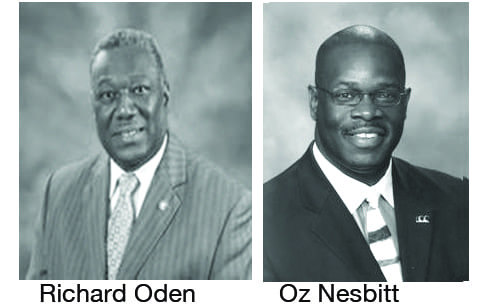 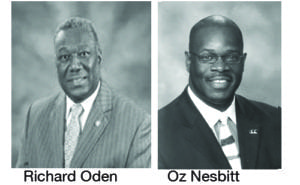 Candidates in four Rockdale County races are headed for run-offs on July 26. Voters will be going back to the polls to cast ballots for Board of Commissioners Chair; Commissioner, Post, 1; Probate Judge; and Board of Education, Post 4. The runoffs are being held because none of the candidates in those races received over 50 percent of the vote.

In the most hotly-contested race, BOC Chairman Richard Oden and Commissioner Oz Nesbitt will face one another for the county’s top position.

The Chairman’s race was a nail biter with three Democratic candidates running neck and neck. Oden, however, managed a slight edge, receiving 2,661 votes (36 percent), while Nesbitt received 2,616 votes (35 percent). RJ Hadley, who gave up his position as Tax Commissioner to run for the seat, came in third with 2,182 votes (29 percent).

Sheriff Eric Levett was the biggest winner of the May 24 Rockdale elections. Levett received 6,575 votes (87 percent) in defeating his only opponent, Donald Ferguson, who received 979 votes for 13 percent. Levett’s victory means that he has snagged a second, four-year term.

Rockdale Clerk of Courts Ruth Wilson was re-elected to her position, with the second-biggest win on election night. Wilson received 4,730 votes (65 percent) to give her a third, four-year term. Janice Morris, who had never run for office, received 2,514 votes (35 percent) in the two-way race.

Washington and Hatcher were the top vote getters in the crowded seven-way race.