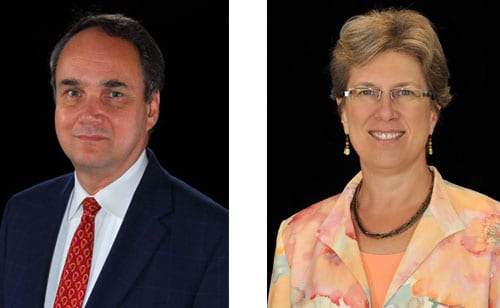 Clifton Corridor institutions, led by Emory University, have petitioned to annex their isolated property into Atlanta across a 65-foot wide “land bridge” that Emory purchased last year.  They urge stakeholders to look at the Big Picture when judging their unilateral action and ask Atlanta to reflexively approve their incorporation into the City.  The Atlanta City Council and Atlanta voters should carefully assess the implications and mitigate impacts before they grant the request. DeKalb has petitioned the State to arbitrate these issues.

The institutions seek to expedite a transit extension to the Clifton Corridor at Atlanta’s expense, after seeing that the Dunwoody legislators who control the MARTA Oversight Committee in the legislature have twice blocked DeKalb’s request to authorize a transit expansion referendum.  Apparently, they believe the Clifton Corridor rail project will go the front of the line in Atlanta’s transit program.  Besides answering to Atlanta constituents who have their own rail priorities, Atlanta Council Members shouldn’t assume that MARTA can justify a transit terminus that only serves a single destination, rather than extending to the East Line Avondale station as previously planned.

The proposed annexation creates an unincorporated island and a long new extension of Atlanta’s boundary deep into unincorporated DeKalb.   Emory will gain density from Atlanta’s more permissive zoning and be freed to build whatever else Atlanta allows, unaccountable for the burden on local roads that will remain DeKalb’s responsibility- ironically roads they carved out of the annexation.  In fact, the tax-exempt institutions will pay even less towards maintaining public infrastructure, because Atlanta lacks the storm water utility fee currently collected by DeKalb. Avoiding the fee will reduce the institutions’ cost, but not the impact of urban runoff from the intensively developed area.

Atlanta taxpayers will assume the cost of providing fire, police and emergency management in the new tax-exempt annex.  DeKalb retains its fire station on Clifton Road, but will reorient the facility to serve the low density residential area that will remain its jurisdiction.  Atlanta’s Chief Operating Officer says that the Administration is willing to build and staff a new multi-million dollar station to meet the challenging needs of this bio-science district, while their historic station in Virginia Highlands has to hold bake sales to fund renovation.  With an entirely new City government in January, that may be a hollow commitment.

Atlanta seeks an “Intergovernmental Agreement” to continue DeKalb’s provision of fire and emergency management protection for their new Clifton Corridor annex, but has deemed DeKalb’s request for similar agreements to protect unincorporated neighbors from follow-on annexation or irresponsible growth on campus “unworkable”.  If other recent annexations are a guide, adjacent parcels could lose historic district protection, and see disruptive redevelopment.

If Atlanta’s leadership is unaccountable to DeKalb stakeholders,  what incentive does that leave DeKalb to address their priorities?

Atlanta’s long game may be to stampede surrounding neighborhoods into also annexing in order to restore the community’s seat at the table for zoning and infrastructure.  One of Atlanta’s talking points is that this would be the largest annexation since Buckhead in 1952.  This time there’s no referendum, and a largely lame duck City Council will make the decision, but the unincorporated public will live with the consequences.

The Big Picture shows that urban regions like metro Atlanta should collaborate, plan for growth and include all stakeholders in the process.  That part of the Big Picture will be eclipsed if Atlanta approves annexation without protections for the people who live nearby.  The City Council should amend the Clifton annexation ordinance to include a strategy for preserving the stability of the surrounding community.

Kathie Gannon represents the Super District 6 and Jeff Rader represents District 2 on the DeKalb County Board of Commissioners.