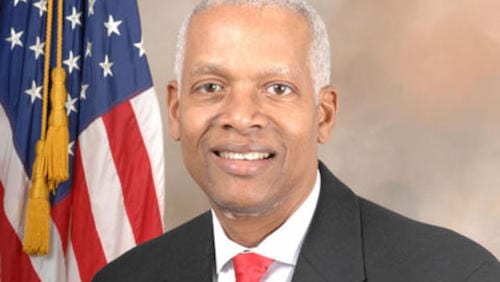 “After all of the Republicans’ hollow promises, the cruel reality of their wretched ‘Pay More For Less’ bill has been exposed for all to see,” said Rep. Johnson.  “Trumpcare will result in millions of hard-working families losing their coverage. Trump Care also reduces access to affordable healthcare by defunding Planned Parenthood, which will make it more difficult for women, expectant mothers and children to have their healthcare needs met. To make matters worse, Trump Care gives millionaires and billionaires a deficit-busting tax break, while kicking 24 million Americans off their health care. Rather than finding meaningful solutions, this plan will instead result in less coverage, fewer protections and higher costs for all consumers.”

“The CBO report exposes Trump Care for what it really is: an abandonment of working families. The fact is, a lot of people are going to see their health and their pocketbooks suffer under this disastrous plan,” continued Johnson. “Georgia families will be devastated if Republicans get their way, and I will oppose changes to the Affordable Care Act that reduce its ability to provide affordable and accessible health care to the millions of Americans across the county who now benefit from it.”

Johnson remarks followed the release of the Congressional Budget Office’s(CBO) report this week detailing the consequences of the GOP plan.

“Since the passage of the Affordable Care Act, the number of people without health insurance has dropped significantly, but Republicans have been more interested in fulfilling their campaign pledge to repeal and replace “Obama Care,” rather than fine-tuning the existing law so that it better serves Americans,” said Johnson. “Moreover, Trump Care eliminates Medicaid expansion, strips millions of Americans of their coverage, and shifts an estimated $370 million in Medicaid costs to the states. Medicaid coverage is especially critical for the elderly and their families. Trumpcare is a prescription for making millions of Americans pay more for less.”

Key Findings of the CBO Report

next10 best things to do in St. Petersburg