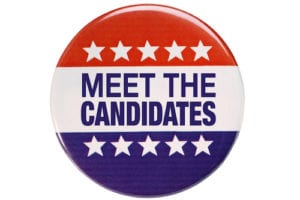 Candidates from the six contested races have been invited:

Rockdale Board of Commissioners Chairman: Richard A. Oden (Incumbent) and Oz Nesbitt

Board of Education Post 4 (Non-Partisan): Cassandra Barker-Carr and Heather Duncan

The Rockdale Democratic Party will host a forum for the Rockdale run-off candidates on July 16, 9 a.m., at the Party’s headquarters, 1264 Parker Road.

The community is invited to hear the candidates’ platforms and learn more about them. The runoffs will be held July 26, although early voting is under way now.

The Party is providing rides to the polls to senior citizens who would like to early vote. For more information, call 770-331-2537.

Contestants in the July 26 run-off include:

Irvin Johnson and Susannah Scott, who are vying for DeKalb Tax Commissioner.

DeKalb County Commissioner Sharon Barnes Sutton, who faces challenger Steve Bradshaw for the District 4 seat. The candidate elected will be the Democratic contender in the November General Election.

Tonya P. Anderson and Dee Dawkins-Haigler, who are running for State Senate District 43.

Vernon Jones and Rhonda Taylor, who are running for State House District 91.