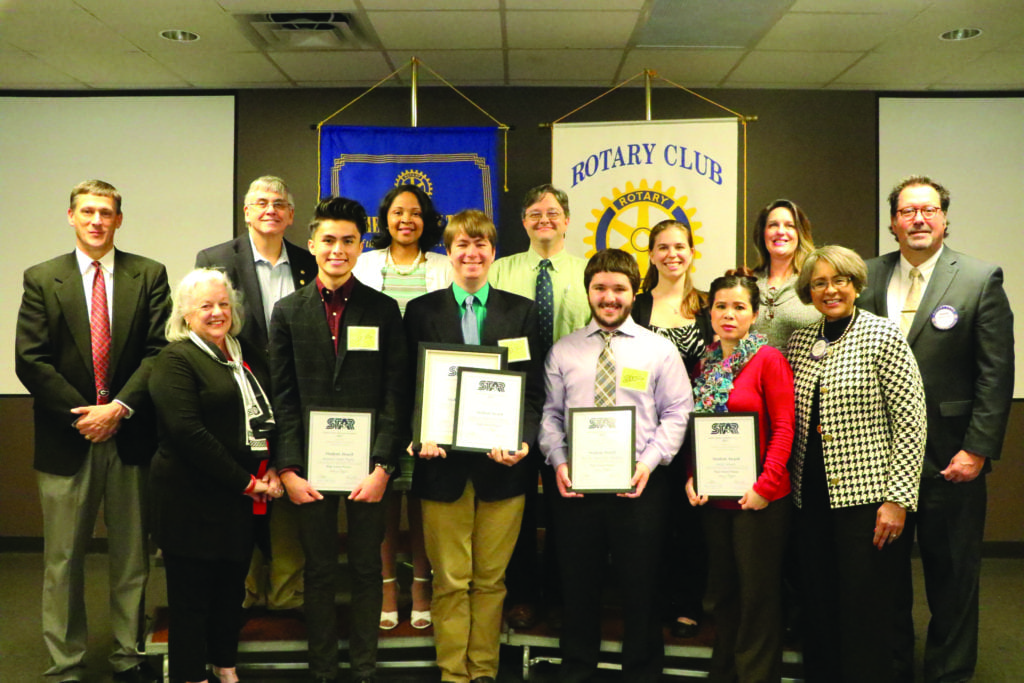 Andrew Markham Bonar, a senior at Rockdale Magnet School for Science and Technology, has been named Rockdale County’s top 2017 STAR student, earning the highest SAT and ACT scores in the school district.

Rockdale Public Schools Superintendent Richard Autry made the announcement and congratulated Bomar during a luncheon hosted by the Rotary Club of Conyers and Bank of North Georgia.

Bomar selected his math teacher, Dr. Chuck Garner, as his STAR teacher. Bomar said Garner, whom he met through the school’s Math Team, inspired and pushed him to excel. He said Garner taught him calculus for the past two years.

“He’s helped me with learning a lot more about math than I would have otherwise and making sure that I actually work on these things,” said Bomar, who said he plans to pursue a college degree in programming and computer science.

Each year, the Rotary Club of Conyers honors seniors from Rockdale’s four high schools, along with teachers who have inspired them, for the Student Teacher Achievement Recognition program (STAR). The students are selected based on their SAT scores and overall academic performance.

Bomar had perfect scores on both, the SAT and ACT, Autry said.

Awards also were presented to the STAR students at Rockdale’s other three high schools during the Feb. 16 luncheon:

Smith Meach was named Heritage High’s STAR student. Meach, who is in the dual enrollment program and is taking classes at Middle Georgia State University, could not attend the luncheon because of his class schedule, officials said. Meach selected Margie Talevski as his STAR teacher.

For more on the story, watch the video of Andrew Bomar on the On Common Ground News (Official) YouTube page. More photos of the honorees also are posted there and at www.ocgnews.com.