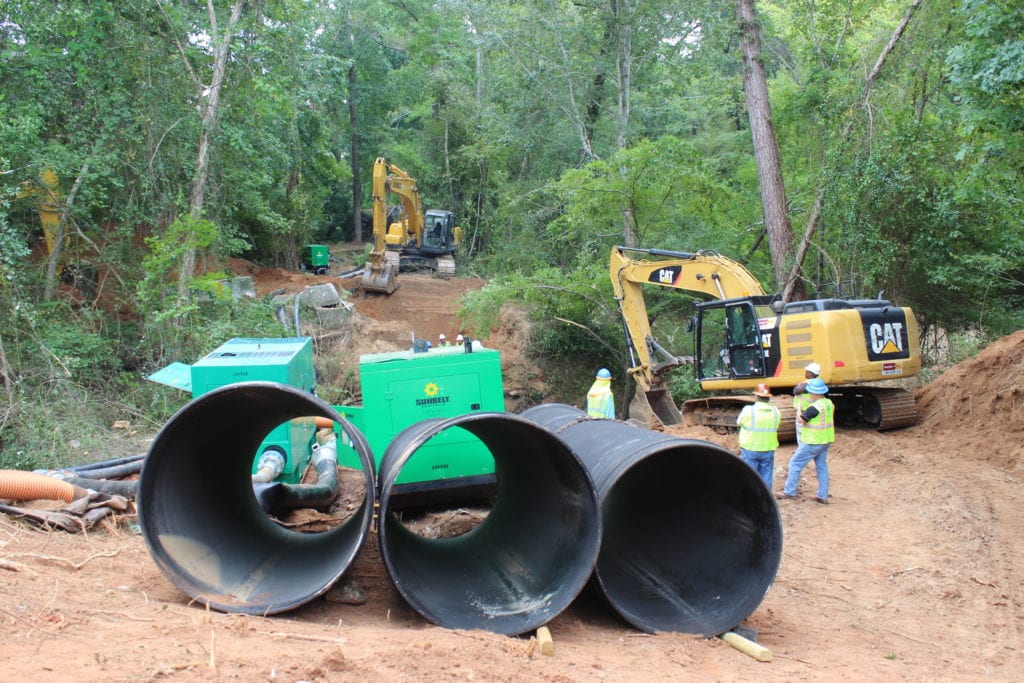 County workers discovered the spill on Aug. 23 and officials now say it is worse than the Nancy Creek spill, which spewed 3.9 million gallons of raw sewage and was initially reported last week as the biggest spill recorded in the last 10 years since the county’s consent decree. The consent decree is DeKalb’s binding agreement with federal and state authorities to improve its sewer system. County inspectors said a 10-inch diameter pipe that was compromised by soil erosion caused the Nancy Creek spill.

Work crews contained the Nancy Creek spill and made repairs on Aug. 17. Department of Watershed Management (DWM) workers began tracking the source of the Snapfinger Creek spill on July 13 after detecting high bacteria counts in the creek.

Since the spills, DeKalb CEO Michael Thurmond has ordered DWM to:

The county continues to warn residents in this Snapfinger Creek area to avoid the spill site and keep their pets from the waterway until further notice. The spill does not affect drinking water, officials said.