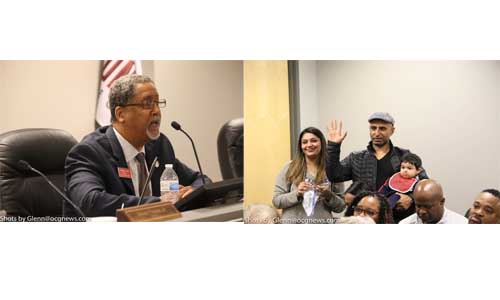 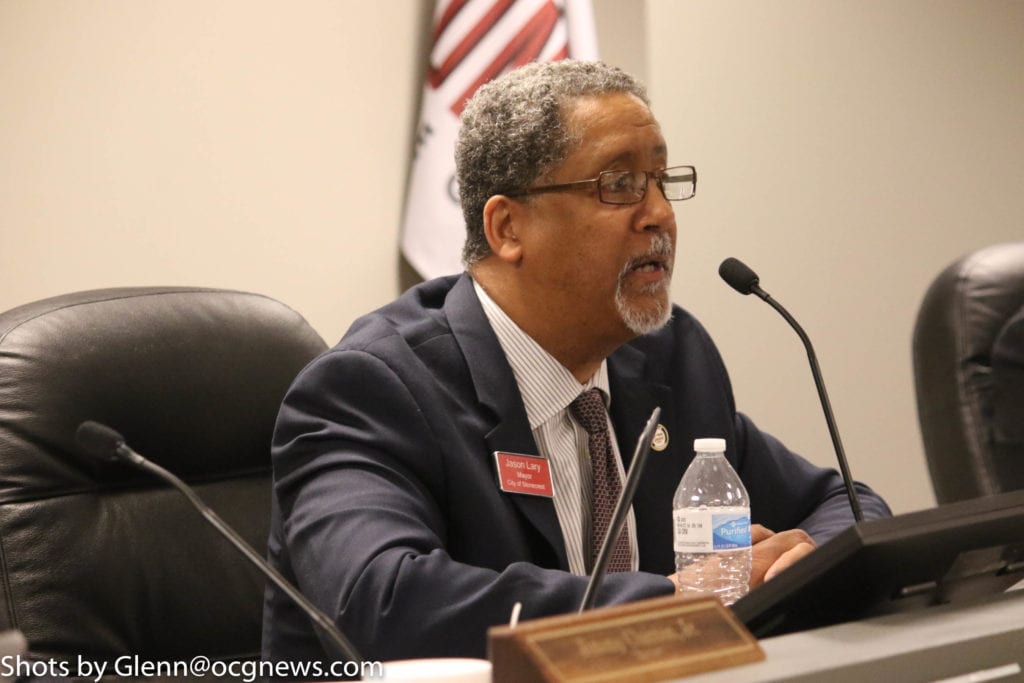 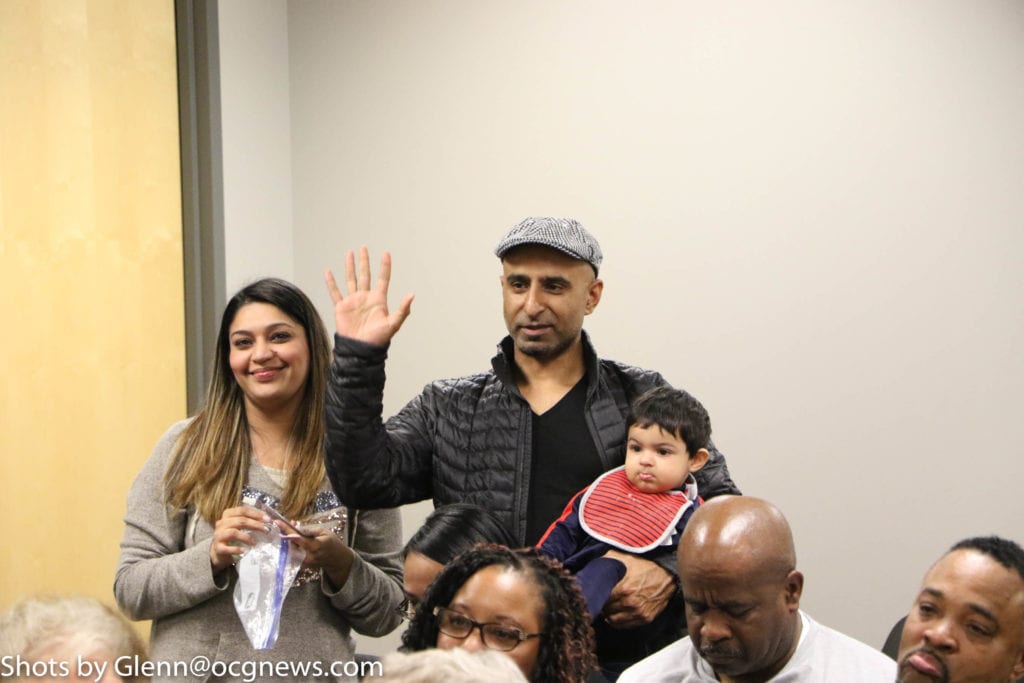 The city of Stonecrest is moving forward with its plans to purchase an 8.8-acre tract to build a community park at the corner of Evans Mill and Salem roads, after getting the nod from the City Council on March 25.

In a 5-0 decision, Mayor Jason Lary and four City Council members approved spending up to $350,000 to buy the property, halting plans for a gas station and convenience store. City Councilwoman Jazzmin Cobble was absent from the meeting and did not vote.

The council’s approval drew applause from the audience, a number of whom had staunchly opposed plans for the gas station and convenience store, saying they did not want that type of commercial development in the middle of a residential community.

Lary, who had vowed to push for the city’s first real estate acquisition and turn the tract into a community park, thanked Sean Ali, the property owner, for his cooperation. Lary and Councilman George Turner, whose council District 4 includes the tract, metwith Ali over a period of several days to discuss the possibility of the city buying the property. Ali pulled back on building the gas station after speaking with Lary and Turner and hearing the community did not want it.

Lary called on Ali, who was seated in the back of the room during the March 25 council meeting, to thank him publicly for his support of the city. Ali, however, motioned that he wanted to remain in the seated with his family.

Said Lary: “We’re going to do right by you, Mr. Ali, because you did right by us. All (Ali) asked is that we cover his costs (for the land and cancellation of tankers, which were supposed to start work this month) and give him the opportunity to build some place else… We appreciate you, Mr. Ali. Thank you very much.”

The city’s deal with Ali cannot exceed $350,000 because legally, the city cannot pay more than the appraised value of the property, Lary said.

Lary said the city would use funds from its special purpose local option sales tax (SPLOST) to purchase and improve the intersectionwhere the park will be built with a round-about or traffic signal, street lights and other improvements.

The mayor said the city would seek citizens’ input on the naming of the park and components of the development. Lary said he has already received some suggestions including naming the new greenspace Flat Rock Park or Jesse “Jay” Cunningham Memorial Park for the late DeKalb County School Board member. Lary said other ideas include building a multi-use cultural center or botanical gardens at the site.

Lary said the city would get started on getting an appraisal of the property immediately.

In other action, the City Council approved directing the city attorney to draft an ordinance to strengthen the process concerning cell tower applications.

Several residents have demanded that the city order the removal of the cell tower, which was recently constructed at 3610 Evans Mill Road, citing negative health and safety concerns in addition to a decrease in property values among their chief concerns.

City Attorney Winston Denmark said, however, he researched drafting a temporary moratorium on cell towers as he was directed to do by the council at the March 11 meeting but found that a moratorium would violate federal statutes. He said he prepared a legal opinion on the matter and shared that information with the City Council.

Said Denmark: “The FCC has said in a very clear voice in a number of decisions that… if a city were to pass a moratorium, the carrier would immediately go to federal court and the moratorium would be struck down. And not only would we not be able to enforce the moratorium, they would be entitled to  get the cell tower permit without any further consideration.”

Lary said the city would continue to fight on behalf of the citizens.

“This is no small fight so I’m going to put this on the executive side and you all will have to decide how much we’re going to go to the river. I’m going to ask staff to issue a stop work order on the cell phone tower.”