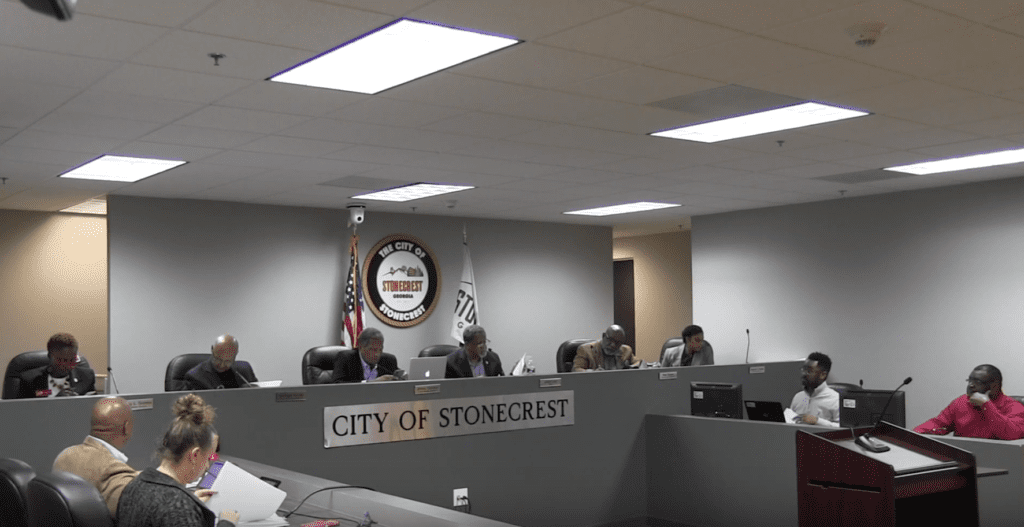 The Stonecrest City Council approved a tax anticipation note (TAN) for $3,060,000 during the Feb. 26 special called city council meeting for the purchase of the Sam’s Club off Turner Hill Road.  The meeting was held so that the financing could be finalized in time for the real estate closing scheduled for Tuesday, March 3.

City officials plan to pay off the note with proceeds from an upcoming bond to be authorized by the city’s newly formed Urban Redevelopment Agency. The cost of the tax anticipation note and the closing costs, approximately $75,000, must be paid for by the city from the general fund.  The council approved financing the purchase 4-2. Councilwomen Jazzmin Cobble and Tammy Grimes cast the dissenting votes.

Grimes said she had a slightly different priority in mind when she voted against the motion.

“If I could, I would take every dollar the city has and pave our streets first, followed by efficient street lighting.  My priority is just the safety of our city first,” Grimes said.

The city is using funding from its SPLOST (special purpose local option sales tax) to repair roads and other infrastructure.

“This is an outstanding opportunity for our city to move forward with a new city center, providing space for our staff as we have outgrown our current space.  The city center will also provide space for a much-needed post office and other amenities that will greatly benefit Stonecrest for generations to come,” said Lary.

“History will record that this was the best financial deal ever made by the city.  Paying less than $3.1 million for 140,000-square-feet of commercial space on 17 acres is a steal. I feel sorry for those who can’t understand the math.  You can trust and believe that the four council members who voted for this monumental step forward will be remembered forever as trailblazers for the city of Stonecrest,” Lary said.