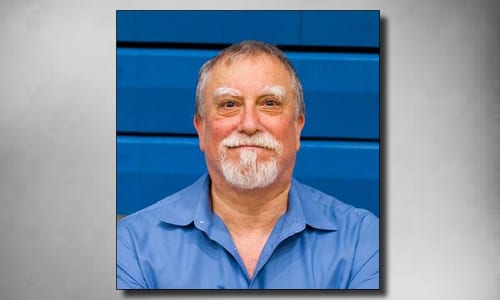 I’ve got a number of thoughts following tonight’s (March 20) slightly raucous town hall meeting with the three senators representing Stonecrest in the Georgia Senate. None of the three senators support HB 1060 and I am guessing that it has little chance of passing. There were four mistakes made in this episode and I hope we learn from them.

Number one mistake.  The council packaged all their requests – including the controversial mayoral pay increase and part-time to full-time change – in a bill that ended up being 54 pages.  There are a LOT of different subjects in it and they have been overshadowed by the mayoral money issue, as I’ll call it.  And that was predictable; 95% of the discussion everywhere (comments in work sessions, public meetings, social media, etc.) was on the one topic.  As a result, a lot of possibly good and/or needed changes got virtually ignored.  The council should have sent three separate requests to the legislature:  mayoral salary; balance of power changes; and the other requests.  (BTW – I heard from one council

member a month ago was that the only reason there was a 6-0 vote in favor of the packages was that they didn’t want to throw the baby away with the bathwater.)  For at least one of the Senators, the issue–the reason he will vote ‘no’–is not about the money, and I didn’t get the impression that the money was the main issue for any of them.

Number two mistake.  The last-minute introduction of the bill in the House and Senate.  Yes, the council’s schedule didn’t allow it to be early in the session, but the legislators who introduced could have done it a lot sooner. Had they, then there could have been amendments that would have pruned those things the legislators didn’t like.  (I didn’t have the impression that the mayoral salary was a big stumbling block to them.)

Number three mistake.  The anti-mayoral money folks as well as (especially) the pro-mayoral money folks have made it about the man who is the current Mayor.  They look at his achievement in creating the city or his not-particularly-notable tenure in running it.  They don’t talk about it in terms of the office, and that it applies to every successor he will have.

Number four mistake, and perhaps the biggest one.  NO ONE has asked the most important question.  Now, my own opinion is that Jason Lary is a talented promoter, sales guy, and perhaps entrepreneur.  Why haven’t we asked “how can we use those abilities as completely and aggressively as we can?”   Everyone who is pro-Jason and pro-mayoral money has assumed that we need him to be a full-time, highly-paid Mayor.  (A couple of months ago I suggested that the city hire him as a full-time Head of Economic Development.  Pay him a competitive salary for that (high 5 figures or low 6) and let him be part-time mostly-ceremonial mayor for the current $20K.  Or he can resign as mayor to be in that job.  But that would be only one approach to a winning scenario.  I am sure there are others, and shame on those who haven’t at least tried to think of them.)

Everyone with opinions or responsibilities (or just big mouths) got total, total tunnel vision.  We (yup, “we” — and that includes

both me and you) made it about the mayoral money and about Jason Lary. And we made it about right and wrong, not about practical issues.  (At worst, paying him $70,000 raises taxes $1 per resident. As a corporate financial analyst, I know that $50,000 is a rounding error in a budget the size of Stonecrest’s.)  And I don’t think Stonecrest is the best for it.  As with Federal politics, we have more division that we started with, we haven’t kept our eye on the ball, and we’ve wasted energy and time that could better go elsewhere.  And the Mayor probably needs another part-time job so he can afford his bills, which will impact what he does as Mayor.

Not a good outcome.