STONECREST, GA—Alecia L. Washington emerged on Wednesday, Aug. 24, as the sole candidate who qualified for the District 3 Stonecrest City Council seat formerly held by Jazzmin Cobble. Cobble was elected mayor of the city on May 24 in a special election to fill the unexpired term of  Jason Larry and was sworn into office on June 17.

According to a Notice of Candidacy released by the city on Thursday, Aug. 25, no other candidate qualified for the District 3 Council seat by the close of the qualifying period on Wednesday. The three-day qualifying period was held at City Hall Aug. 22-24.
Washington first ran for the District 3 seat in 2017 but withdrew to focus on her nonprofit. She ran for the seat again in 2021 and came in second—the  closest challenger to the incumbent, earning 33.22 percent of the vote in the three-way race. Story developing. Check back for more. 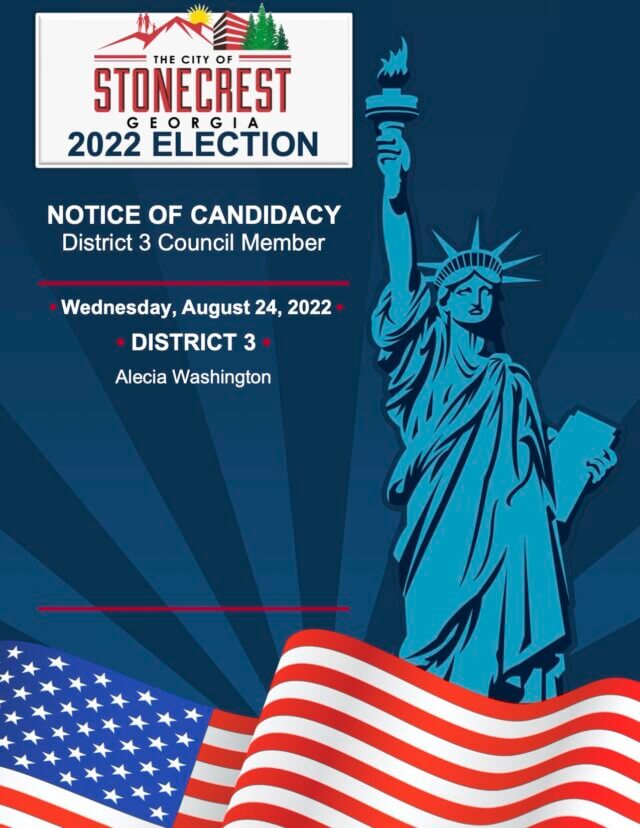