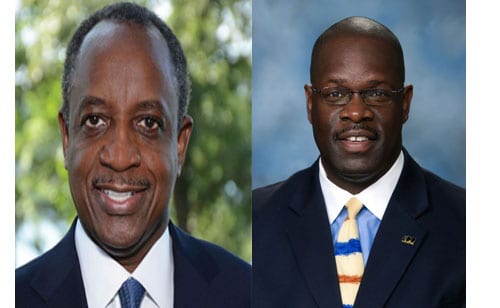 DeKalb County CEO Michael Thurmond and Rockdale County Chairman Oz Nesbitt are among the six new board members the Atlanta Regional Commission has welcomed aboard. In addition to Thurmond and Nesbitt, the ARC also swore in on Jan. 25:

“We’re excited to welcome these new members to the ARC Board,” said ARC Board Chair Kerry Armstrong. “We’ve got a busy year on tap as the Atlanta region continues to grow and change. I look forward to the insights and energy that these members will bring to the table.”

The 39-member ARC Board consists of the county commission chairs from each of the 10 member counties, the mayor and a council member from the City of Atlanta, and a mayor from each of the 10 counties with the exception of Fulton, which has two mayoral representatives, one from North Fulton and one from South Fulton. The board also includes a representative from the Georgia Department of Community Affairs and 15 citizen members selected by the board’s elected officials.