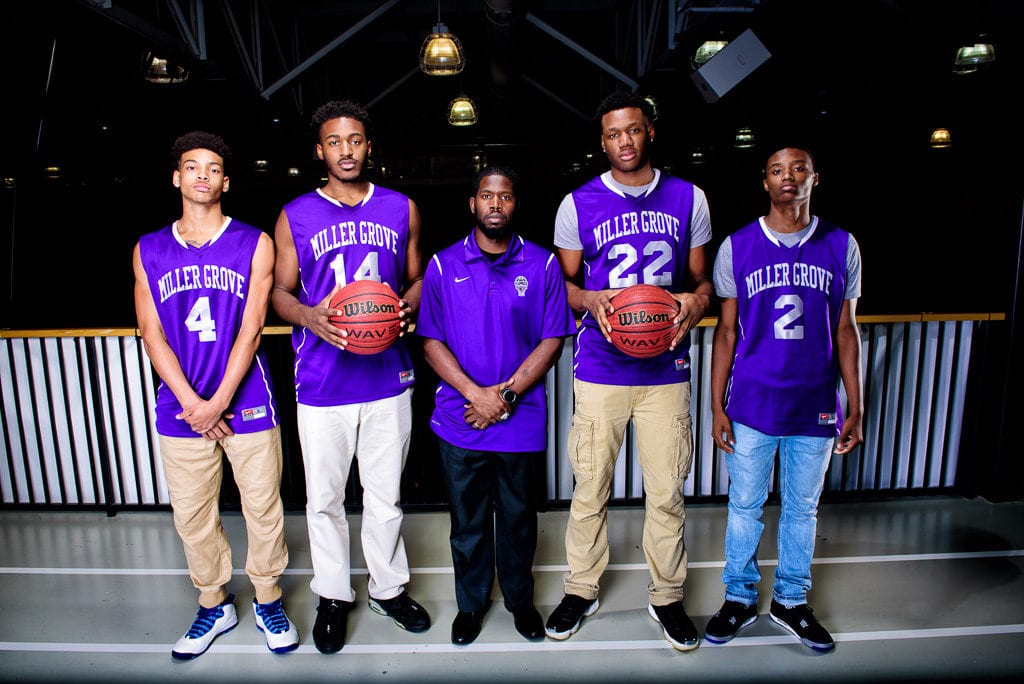 A 13-4 run in the final three minutes of the second quarter helped propel the No. 4 ranked Miller Grove Wolverines to a 54-41 Class 5A boys’ semifinal victory over the Hiram Hornets at Fort Valley State University on Saturday.

The win sends the Wolverines (23-7) to their eighth state championship game in 12 playoff appearances for a school that just started playing basketball in 2005.

Hiram had cut a nine-point Miller Grove lead to just five (18-13) with 4:22 left in the first half on a pair of Devon Wilkerson free throws and a pull-up jumper by Raphael Rogers.

Maurice Harvey hit the first two of four consecutive free throws with 3:02 remaining and went back to the line with 2:10 to play to make it 22-15.

Hiram missed a pair of free throws and TJ Stargell capitalized on his trip to the free-throw line by hitting a pair to start a quick 9-0 run by the Wolverines. Four consecutive turnovers forced by Miller Grove were all turned into points as Maurice Harvey, Justice King and Terrence Edwards all scored baskets in less than a one-minute span.

King added a free throw to make it 31-15 before Hiram’s Nathan Presnell got a layup before the halftime buzzer leaving the Wolverines with a 14-point lead at the break.

Lorenzo Anderson five of the Wolverines’ 10 third quarter points and Edwards scored on a nice up court pass from Harvey for a buzzer-beating layup to make it a 41-24 advantage in favor of Miller Grove heading into the final quarter.

Hiram’s Charles Jones hit one of two free throws with 1:08 to play to pull Hiram within 11, the closest the Hornets had been since trailing by nine (24-15) with 1:40 left in the first half.

The Wolverines who hit on 21 of 24 free throw attempts in the game knocked down five of six in the final 58 seconds to secure the 54-41 victory.

Maurice Harvey led the Wolverines with 11 points while TJ Stargell and Terrence Edwards both scored 10. Hiram (23-10) got 11 points from Darius Johnson and 10 from Nathan Presnell.

Tipoff for the state championship game is set for 8:00 pm at the Centreplex.

Miller Grove’s trip to the state finals extends DeKalb’s streak of having at least one team in the state finals to 17 consecutive seasons (2002-2018). Cross Keys boys (Class 3A champs) and Lakeside (Class 5A runner-up) started the championship game run.

During that time Miller Grove won seven state titles as part of a 13-year run with at least one DeKalb team winning a state title.