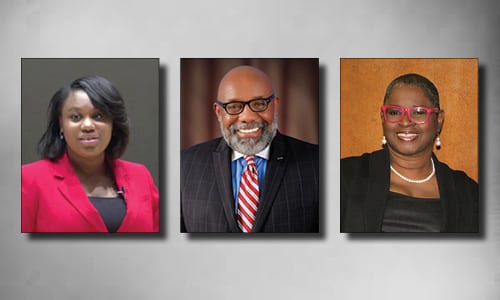 Mary-Pat Hector, a Spelman College student who became one of the youngest candidates in Georgia to run for office in 2017, will moderate the forum. Hector was only 19 when she ran for the Stonecrest City Council. Although Hector did not win the District 4 race, she won the right to have her name on the ballot after DeKalb County elections board officials decided there was no minimum-age restriction. Hector has worked in national politics as youth director for the National Action Network and Hillary for America’s Millennial Victory Council.