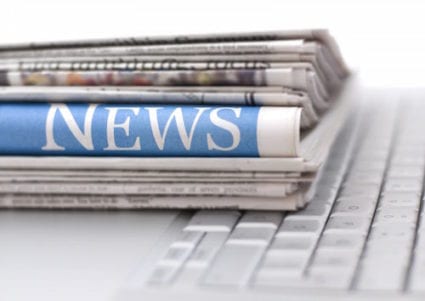 “It is a reflection of our collaboration with Brookhaven to give them something that they needed and give us the opportunity to release the latent value of the property to fund other improvements,” said Commissioner Jeff Rader, whose district contains the property.

Approximately seven years ago, the Peachtree DeKalb Airport decommissioned a runway that only was being used for less than half of a percentage of the airports flights. Airport and Federal Aviation Administration (FAA) officials decided that the cost to maintain the runway was too much for that volume.

On that property, hangars were installed to generate more income and accommodate additional aircraft. As a result of the runway’s decommission, a 33-acre wooded tract, located at 2951 Skyland Drive, became surplus property.

FAA regulations require that when airport property becomes surplus, it is to be sold at fair market value and the proceeds be returned to the airport’s enterprise fund.

City officials in Brookhaven expressed interest in the property being preserved for greenspace and agreed to purchase it at the appraised value of $5.7 million.

“The City of Brookhaven is fulfilling its promise to keep Brookhaven green and vibrant,” said Mayor John Ernst. “At 33 acres, this purchase represents one of the largest continuous green space acquisitions inside the Perimeter. Our thanks to Jeff Radar and all the commissioners, CEO Mike Thurmond and staff at DeKalb County for the ability to preserve this gem in our city for current residents and for future generations.”

Brookhaven officials have agreed to deed restrictions that would maintain the property in perpetual use as greenspace. Additionally, residents of unincorporated DeKalb County will have the same level and cost of access to the property as Brookhaven residents.

“This is an example of how we have cooperated with one of our cities to increase greenspace in the county and provided them that opportunity at a very reasonable cost,” Rader said. “We have also been able to provide another $5.7 million for improvements to our airport facility. So it’s a win-win for both sides.”