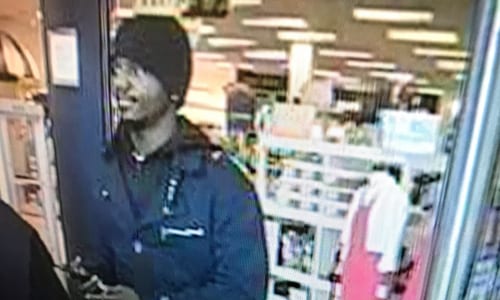 DeKalb County fire investigators are seeking a person of interest following a fire they said was intentionally set at the Ross Dress for Less, located in a plaza at the Mall at Stonecrest. The fire occurred on March 15 while shoppers were inside the store.

No one was hurt. The 15 to 20 people were able to evacuate safely and orderly, said Captain Eric L. Jackson.

When DeKalb County Fire Rescue arrived, there was heavy smoke coming from the inner-most part of the store, Jackson said. Firefighters were able to extinguish the merchandise that was on fire in under 20 minutes, he said. However, there was substantial smoke damage to the merchandise, as well as significant water damage.

Fire investigators said the fire was intentionally set. Authorities have obtained an image of a person of interest as well as some video surveillance that appears to show someone setting a fire to some merchandise.

At press time officials did not know when the store would reopen.

Anyone with information about the individual is urged to call DCFR Fire Investigators at 678-406-7775.