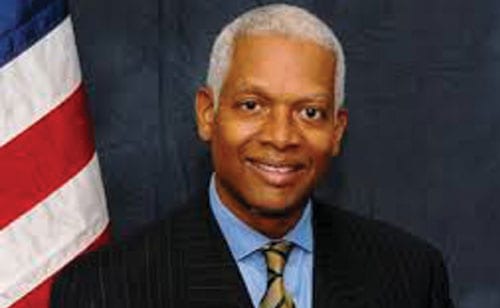 The new bi-partisan caucus aims to focus on increasing opportunities for minorities in the film and television industries. The three representatives, all serving as co-chairs, plan to add to its congressional membership in the coming weeks.

“Last year, I challenged the Academy to be diverse and inclusive. This year, Oscar nominees were more diverse and that’s good, but the underlying problem has not gone away: Minorities are underrepresented in all key roles in both behind and in front of the camera,” said Rep. Johnson. “The motion picture industry has long been a crucial ally in the fight for justice and served as a long time vehicle to give people a better understanding of other people and cultures around the world. This industry has the potential to break down barriers and stereotypes. The Caucus for Advancement of Studio, Talent, and Film Diversity is going to keep the spotlight on the importance of diversity.”

“I joined the Congressional Caucus for Advancement of Studio, Talent (CAST) and Film Diversity with my colleagues, Rep. Hank Johnson and Rep. Raul Ruiz, to initiate a movement that helps create diversity in Hollywood. Minorities are severely under-represented within the film industry and there is room for more faces that accurately represent our nation,” said Rep. Ros-Lehtinen. “It is important for our youth to have role models that they can relate and look up to, serving as inspirations for their future dreams whether to be actors/actresses, directors, or writers. By working together in Congress, we can unite in a bipartisan manner to provide further opportunities to minorities in the film industry.”

“When our children and young people see their stories, their communities, their experiences, and their culture portrayed on the screen in a positive light, they are inspired to live their dreams. There’s no better way to fulfill this vision than by increasing the diversity of on camera and off camera roles, so that actors and writers reflect the diverse community who watch their programs,” said Rep. Ruiz. “I am honored to co-found the Congressional Caucus for Advancement of Studio, Talent, and Film Diversity to promote diversity in film and television in community across the country.”