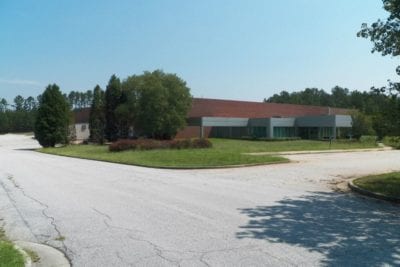 John Raulet, part owner in Mailing Avenue Stageworks and Westside Stageworks, assembled a group of local investors to purchase the property. The group pre-leased the studios to a major company already filming in the area and renamed the building.

“When we were presented with an opportunity to add a Conyers facility into the Stageworks family, we jumped at the chance,” said Raulet. “There were two key factors that made this decision very easy: One, a very healthy industrial real estate market, and two, a very solid base of film infrastructure that serves the area.”

Built by Takahashi Works in 1990 to manufacture front-end loaders and tractors, the plant closed in 2000. The property was purchased by Clarence Hall in 2005.