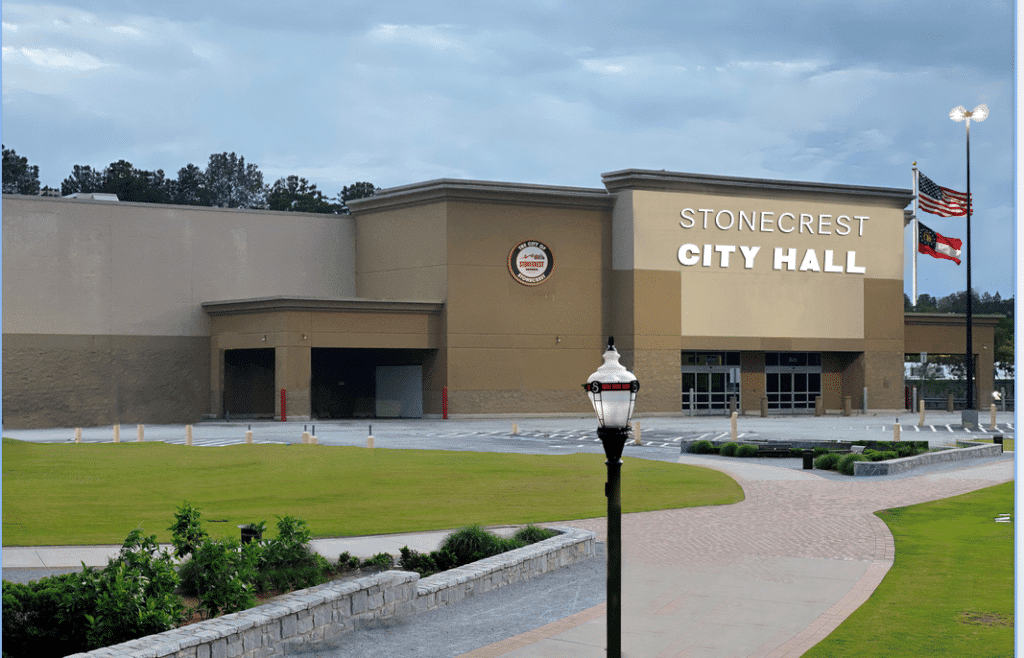 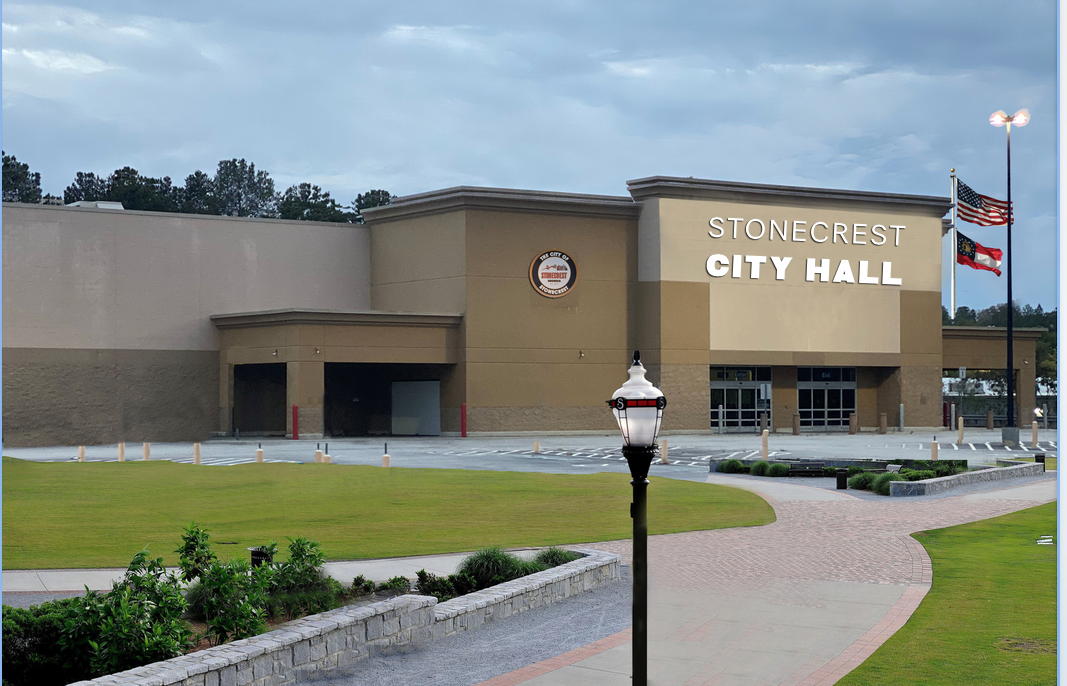 Artist’s rendering provided by the City of Stonecrest

The city of Stonecrest has closed on its purchase of the 131,000-square-foot Sam’s Club building and property, slated to become Stonecrest’s new City Hall and municipal complex.

“This was a monumental move for the city. We will have a home for our new City Hall and all associated future services,” said Lary. “We purchased this building for one third of its value, and ownership is better than renting any day any time,” the mayor said.

Lary said the city is in the third year of its five-year lease on the 35,000-square-foot City Hall space located in the Stonecrest Center building at 3120 Stonecrest Boulevard.

Lary said he expects the design and construction of the Sam’s Club building to take about a year and the city would negotiate its exit from the current location at the appropriate time.

“I’m going to put together a citizens’ architectural committee so that they can have a say-so in what our City Center will look like,” said Lary. “We’re going to start working on that right away.”

Joyner said the Sam’s Club building can only be used for government-type services due to its tax-exempt status and seller’s agreement with Sam’s Club. The restrictions include but are not limited to using the building for grocery stores, clothing stores, distribution centers, gaming establishments, internet fulfillment centers, involuntary detention centers, night clubs, bars and other adult activities.

Joyner said in addition to establishing a City Hall and other city services, the city could also use the building for state and county offices such as a tag agency or health services.

The city council approved the TAN for the Sam’s Club building at its Feb. 26 special called meeting in a 4-2 vote. Councilmembers Jazzmin Cobble and Tammy Grimes voted against the measure.

“The annual payment (for both buildings) is about $350,000 a year and that’s about what the city is currently paying now to rent their current city hall,” Wall said.

Joyner said the city had to spend an additional $75,000 for the Sam’s Club and Sears building transactions because the city was delayed in obtaining approval for the bonds after four members of the council—Jazzmin Cobble, Tammy Grimes, George Turner and Rob Turner—staged a walkout on Feb. 10. The group walked out in protest after a motion failed in a 2-2 vote to excuse Cobble for missing two council meetings last year. Council members George Turner and Rob Turner voted to excuse the absences. Mayor Jason Lary and Councilman Jimmy Clanton voted against the motion. City officials said Cobble would have to forfeit her seat, based on the charter. The bond referendums were up for vote that night but no city business could be conducted because there was no quorum. Only Councilman Jimmy Clanton and the mayor remained for the meeting. They honored high school students for their work on a survey concerning the future of the city’s Parks and Recreation Department.

Joyner said the city was able to pull the deal together to make the new Stonecrest government center into a reality, despite adversity.

“I also want to recognize the unwavering and visionary support of Mayor Lary and the Stonecrest City Council whose keen eye for this awesome opportunity trumped all adversity to complete the crystallization of our New Stonecrest Government Centre into a reality,” Joyner said in a March 2 e-mail to council members and city officials.