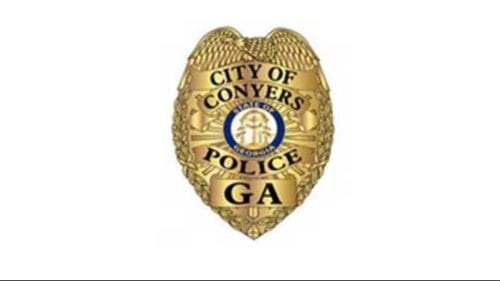 Conyers Police arrested nine men as a result of a pandering sting operation Wednesday night, April 19.  This is the fourteenth such operation Conyers Police have conducted since 2013.

In early summer of 2013, two violent incidents occurred which brought to light prostitution occurring at local motels.  One panderer, or “john,” was robbed by two men after setting up a meeting with a prostitute using Craigslist.  One month later, four men were arrested after kidnapping, raping, and robbing two women who had posted an ad for prostitution on www.backpage.com.  These men were responsible for other similar incidents in the region.

At the direction of Chief of Police Gene Wilson, the Criminal Investigations Division formulated a plan to combat prostitution taking place at the local motels.  These operations have since been conducted jointly at times with Covington Police and the Jasper County Sheriff’s Office.

“When we look at the number of johns coming through Conyers on a Wednesday night, it is telling just how much of this is happening throughout the metro area,” Chief Wilson said. “This kind of enforcement is something we feel we must do and will continue to do so when staffing allows.  So many people have fallen victim to human trafficking and there is no doubt the Atlanta area plays a part in that.”

The nine arrested are:

All were charged under City of Conyers Ordinance Disorderly Conduct – Pandering and booked into the Rockdale County Jail.