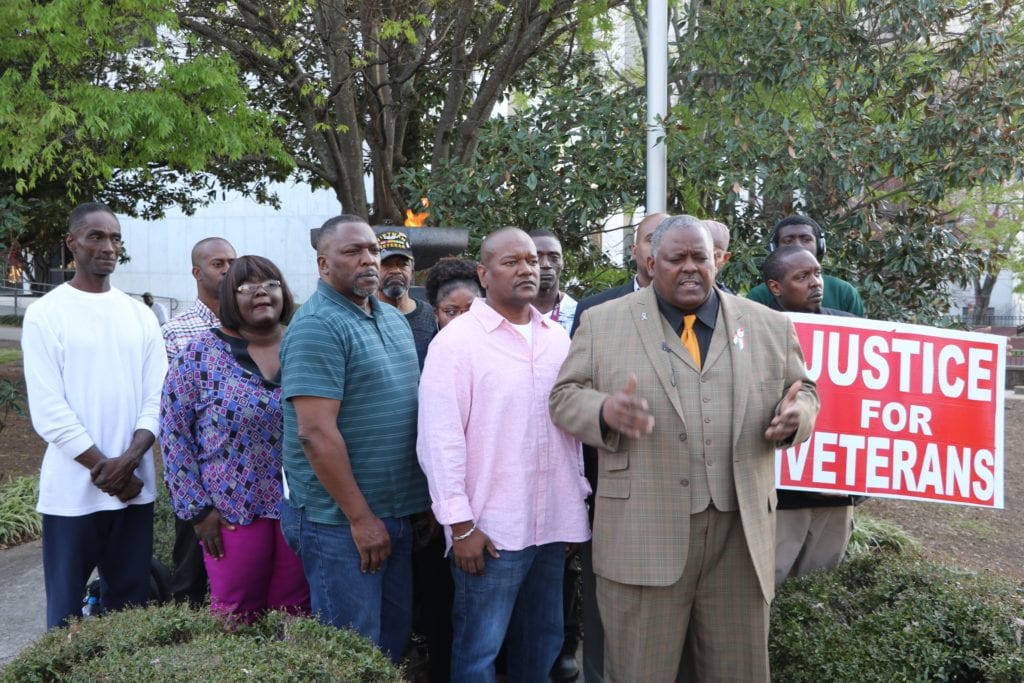 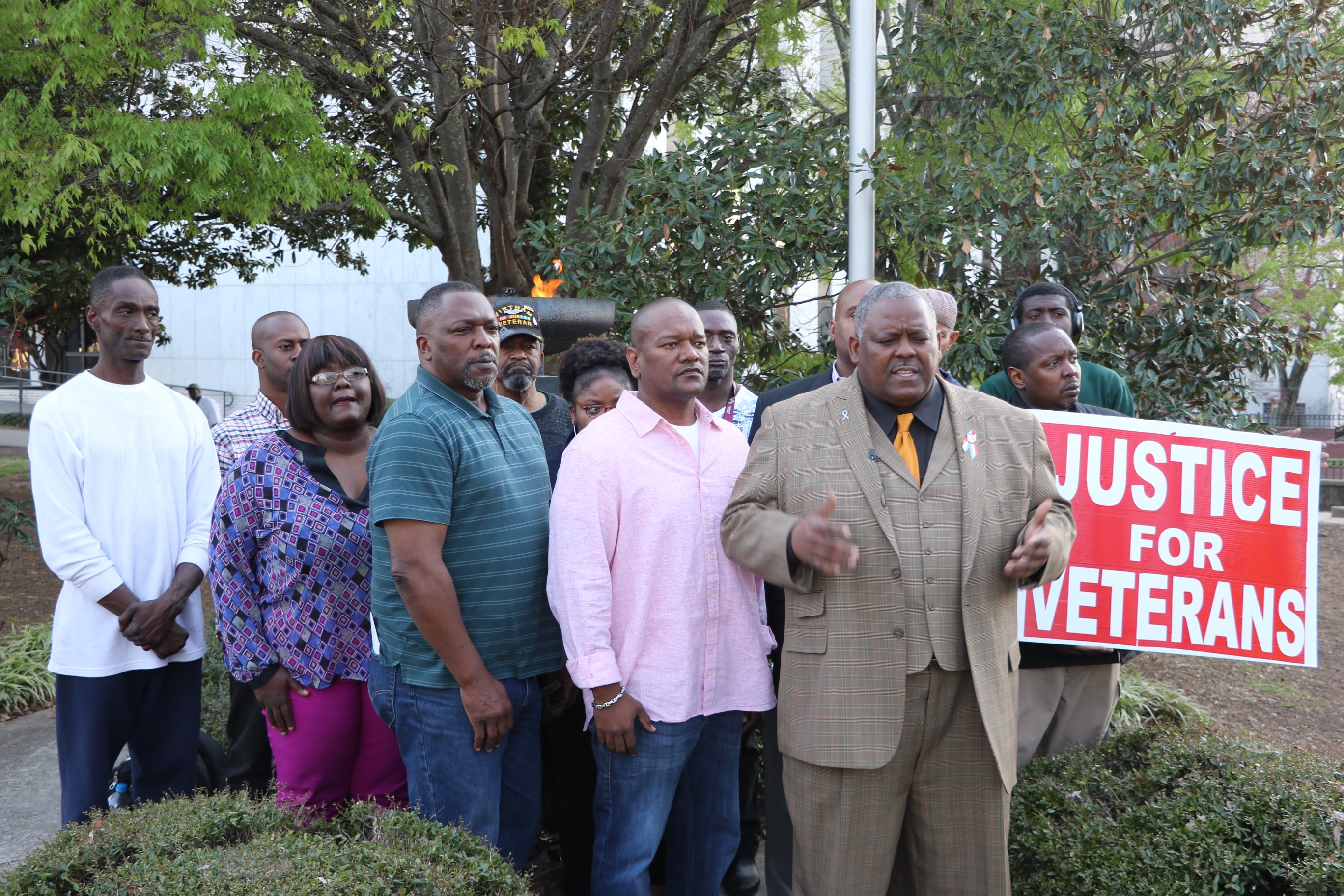 A group of supporters held a prayer vigil outside the DeKalb County Courthouse for Anthony Hill, the U.S. Air Force veteran who was shot to death by former DeKalb County Police Officer Robert Olsen.

“He was not killed on foreign soil, he was killed right here in the United States,” said Amos King, who led the vigil and heads Justice for Veterans. “I can’t say why the officer pulled his revolver and shot Anthony Hill. There was no threat. Anthony Hill was unarmed.”

The group of about 15 supporters gathered on March 9, commemorating the two-year anniversary of Hill’s murder. The vigil was held one day after DeKalb County District Sherry Boston announced she had assembled a new team of attorneys to prosecute the case.

Hill, who was in treatment for bipolar disorder, was naked and unarmed when he was shot to death outside an apartment complex on Chamblee Tucker Road on March 9, 2015. A grand jury indicted Olsen on Jan. 21, 2016 in connection with Hill’s death. Olsen was charged with felony murder (two counts), aggravated assault, violation of oath by public officer (two counts) and making a false statement.

The case is currently on appeal in the Georgia Supreme Court. The case has been docketed and a ruling is pending following attorney briefs. The matter will be scheduled for pre-trial proceedings and, eventually, trial, upon return to the Superior Court of DeKalb County.

King said while he was pleased that the new D.A.—Boston, who took office in January—has made the case a priority, he and other supporters would continue to press for justice for Hill.

“Anthony Hill was an inspiring singer. The medication he was taking caused his jaw to lock and his tongue to swell. He had an episode that day: he disrobed,” said King. “The people at the complex–they were aware of Anthony Hill. They called the paramedics. Unfortunately, the officer showed up. “

King said the family is prayerful, “just waiting it out.”

“We believe that justice will prevail,” King said.