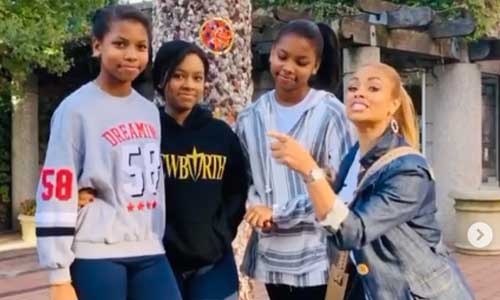 Arizona’s restaurant in the city of Stonecrest plans to celebrate its re-opening under new ownership. Gizelle Bryant from The Real Housewives of Potomactelevision series announced that her daughters would be taking over ownership of the restaurant.

Bryant is the ex-wife of Pastor Jamal Bryant, who serves as lead pastor at New Birth Missionary Baptist Church in the city of Stonecrest. They share three daughters: Grace, 13, and twins Angel and Adore, 12.

On Oct. 15, Bryant posted a picture on social media announcing a ribbon cutting ceremony for the girls’ new restaurant.

“Sooo excited about my girls starting their own road of greatness. Join us as they reopen and re-launch their restaurant! #BlackExcellence #BlackGirlMagic”

On Common Ground Newswas unable to reach anyone to discuss the details of the new ownership by its deadline on Thursday.