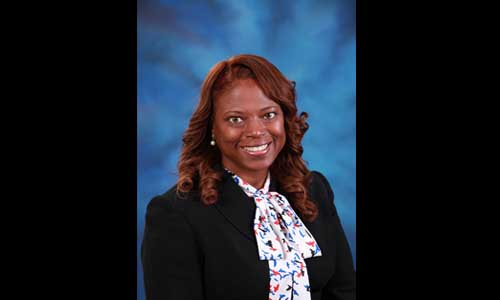 Rockdale County will test a paper ballot voting system being considered for Georgia when the city of Conyers holds its municipal elections in November. The Rockdale Board of Elections wants to replace its outdated voting machines, which are 15 years old, and move toward the new technology, which is being used in 17 jurisdictions across the nation, said Cynthia Welch, supervisor of Rockdale County Board of Elections & Voter Registration.

The Rockdale Board of Elections approved the pilot at its Aug. 10 meeting and the city gave the nod on Aug. 16 to move forward with the project.

Conyers voters will be using two different machines when they cast their vote—one to select their candidates of choice by touch screen, the other to tabulate the vote, Welch said.

“Voters have been crying for a print ballot. Now, we will be testing it,” said Welch.  “It’s much easier than the system we have now, even though you’re using two machines. Voters will have a chance to review their paper ballot before feeding it into a tabulating machine. If a voter makes a mistake, he or she can turn in the spoiled paper ballot to a poll worker and start over with a new ballot.”

Welch said she tested the ExpressVote system recently while attending the Voter Registrars Association of Georgia conference and she found it to be more user-friendly than the current system.

“With the current system, you view two races at a time on the touch screen. With the new system, you’re viewing only one race at a time. After you are satisfied with your vote, you print it, review it and put it in a tabulating machine,” Welch said.

Candace Broce, press secretary for Secretary of State Brian Kemp, said the pilot would only be conducted in Rockdale for the municipal elections. There is no additional cost to taxpayers, she said, to use the machines.

“The state worked out an arrangement with the vendor, Electronic Systems and Software (ES&S), to provide the machines at no cost for the pilot,” Broce said.

ES&S is the world’s largest elections-only company and has provided election equipment, software and services that are used by U.S. municipalities and counties for more than 30 years.

Welch is hoping for a smooth transition so that state legislators will consider approving the system statewide.

Welch projects the city’s turnout for the November election will be about 800–10 percent of its estimated 8,000 registered voters.  The seat for mayor is open and the long-time incumbent Randy Mills has announced he does not plan to run, along with two council seats.

Qualifying for municipality elections will begin on Aug. 21. The city of Stonecrest will have three seats on the city council seat that are open.