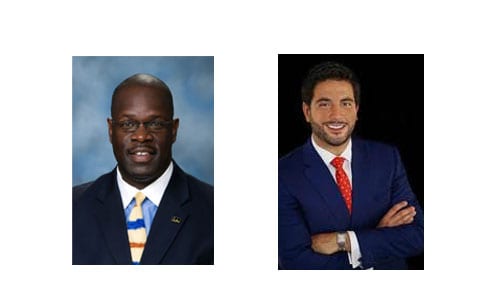 The Board of Commissioners confirmed Nesbitt’s selection of Lopez at its Feb. 14 meeting. Lopez began his duties on Feb. 15.

Lopez said he plans to use his journalism and public affairs background to help Rockdale show the world what it has to offer.

“Rockdale County each day grows in its potential in becoming the best suburb to Atlanta. I believe there is no better geographically located county in Georgia than Rockdale. The access to I-20 not only makes it easy and quick to get to Atlanta and the airport, but it’s also a middle point for three major research universities and two of Georgia’s largest-populated cities. These incentives and more, along with a growing quality of life, make Rockdale the place to be,” Lopez said. “I was raised in Conyers, and this is personal to me. This is the opportunity for me to give back to Rockdale after all it’s given me throughout the years. I will not disappoint my community.”

Lopez is a University of Georgia graduate with a B.S. degree in Digital and Broadcast Journalism and minor in Religion.

Lopez began his career with NBC in Atlanta and worked at CBS in Augusta as a City Government reporter. He is the Public Affairs Director for Unico Communications, a consulting firm serving diverse clients in multiple states. Lopez also served as a public affairs consultant for America’s largest energy infrastructure company in North America, Kinder Morgan, Inc., on a $1 billon expansion project.