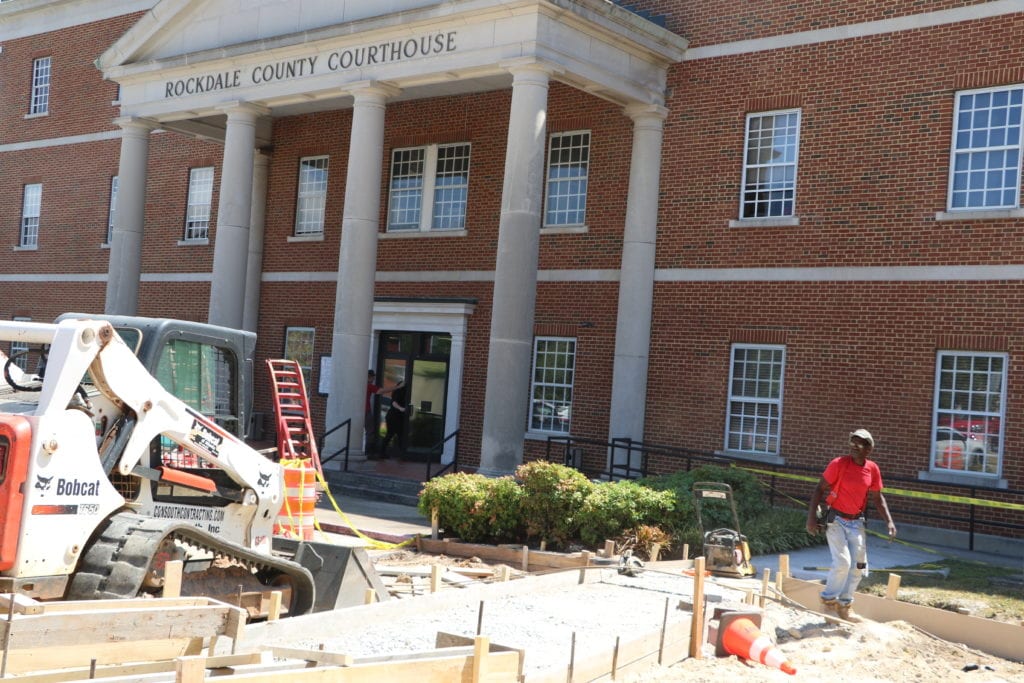 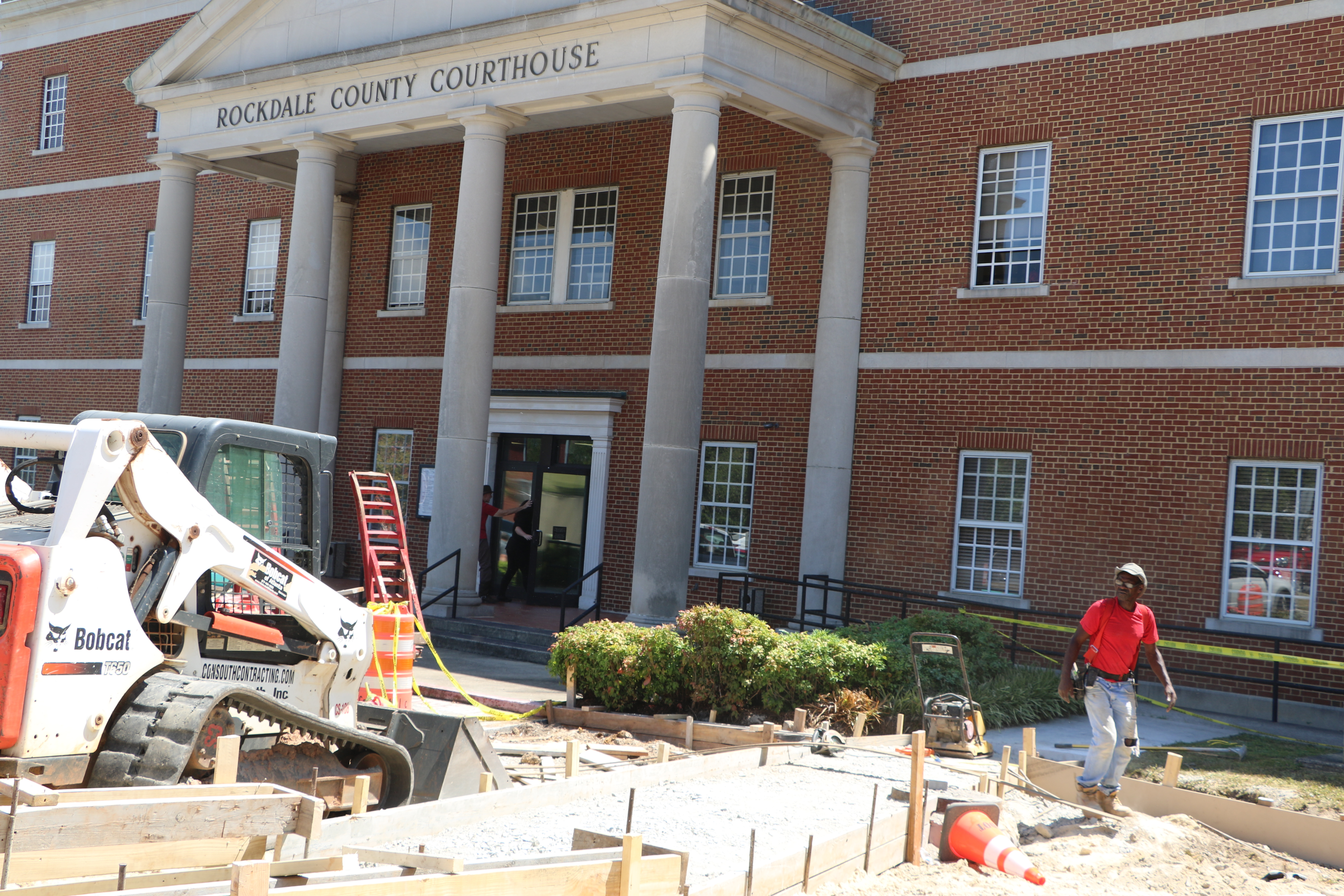 Upgrades addressing security, safety measures and accessibility for the handicapped are under way at the Rockdale County Courthouse.

Sue Sanders, director of maintenance, said the upgrades are in response to an audit conducted by the U.S. Department of Justice mandating the ADA compliance for the building.

“The audit was conducted about two years ago and we are going down the list addressing those issues that were in the audit,” said Sanders.

In addition to addressing the audit, the county is looking at overall improvements needed to keep the deteriorating 80-year-old courthouse in operation.

Sanders said the Board of Commissioners approved a contract of $86,851 for Architectural design firm Wakefield, Beasley and Associates to conduct a Courthouse Security Risk Needs Assessment, which also includes evaluating the courthouse for Americans With Disabilities Act(ADA) compliance measures. The report is expected to be completed in December.

“The assessment report will be our roadmap for future improvements,” said Sanders. “They are looking at everything as a whole and they will provide a breakdown for the costs.”

Sanders said in addition to the firm’s contract, which was approved on July 23, the county is spending $22,000 for the ADA upgrades that are under way.

Rockdale Board of Commissioners Chairman Oz Nesbitt, Sr. said the county remains committed to addressing security and safety at the courthouse.

“This initiative is very much alive, and our priority remains Courthouse security,” Nesbitt said.

The following ADA updates are under way:

In addition to the ADA updates, a new handicapped ramp is being constructed for the Milstead Avenue entrance to the courthouse. The ramp is expected to be completed in the next two to three weeks, officials said.

The county spent $40,694.19 on repairs to a section of the courthouse’s roof, which collapsed after heavy rains in November 2018.

County officials had hoped to replace the aging structure. However, in May 2018, voters rejected a $140 million bond referendum to build a new courthouse by a more than 2-to-1 margin. Citizens said they opposed the proposed project because of the location, costs and the increase in property taxes that would be required for the project.