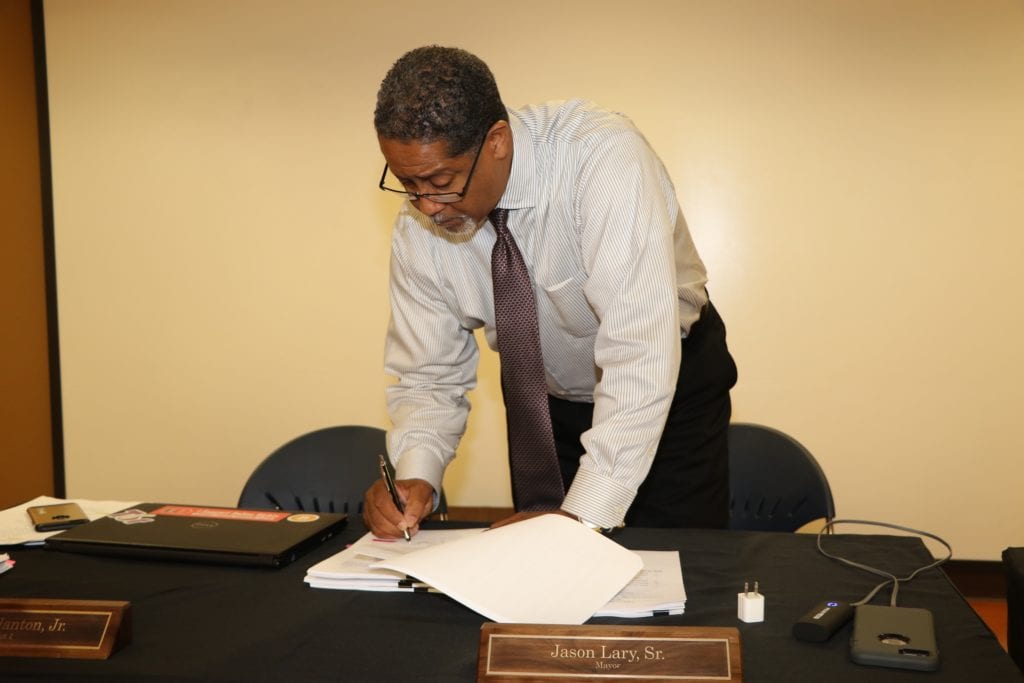 The Stonecrest City Council approved a 67-month, $16 million contract with CH2M, the management company it has hired to oversee the newly-formed city’s personnel and infrastructure.

The City Council passed the contract 4-1 on June 14 at a special called meeting. Councilwoman Jazzmin Cobble cast the dissenting vote. Councilman Rob Turner was absent from the meeting.

The contract was scheduled for a vote at the June 12 City Council meeting but was rescheduled to allow CH2M additional time to fine-tune the contract.

Under the agreement, CH2M will receive $1.7 million for work performed from June through the end of December 2017. After that, CH2M will receive  $2.9 million per year through 2022, subject to annual performance evaluations by the City Council. The contract covers compensation for all city employees who run the day-to-day operations including the city manager, assistant city manager, city clerk, code enforcement, communications director and development manager.

Cobble said she voted against the contract because she was concerned the cost was “extremely aggressive.”

“I voted no because of the cost for the contract. My decision had nothing to do with CH2M’s inability to perform,” said Cobble. “I just feel the city should be more conservative in its spending since we do not actually have the funds in yet. I think we should solidify revenues before taking on such a large cost.”

Mayor Jason Lary said he is pleased the council was able to move forward with the contract. The new city, Lary said, is expected to receive $3 million in revenues this year from business licenses, hotel and motel fees, franchise fees and code enforcement fines. He said he is confident the city will have enough to cover its expenses. The fiscal feasibility study that was done by the Carl Vinson Institute of Government at the University of Georgia during the city’s formation, Lary said, projected the new city would receive about $10 million a year in revenues.

Cobble said since CH2M’s contract will amount to 60 percent of the anticipated revenues for this year, she has pushed to have the city hold public hearings to consider raising property taxes by 1 mill. The council approved holding the hearings at its June 14 work session. Cobble said raising the rate by 1 mill would not impact homeowners who claim a homestead exemption because the District Millage Equivalent takes off the 1 mill anyway.

“I have spoken with the tax assessor’s office. Basically, homeowners would not be impacted. Those who own rental or commercial property, however, would absorb the cost though,” said Cobble. “It’s worth discussing because that 1 mill would generate about $774,000 in revenues for the city and I would like to have that buffer. I want to have the public hearings because I think it is important to get input from the public on this.”

Meanwhile, Lary said the City Council is expected on June 19 to consider an agreement with financial advisor Ed Wall to set up Tax Anticipated Notes (TAN) to cover the city’s cash flow until the city’s revenues come in.  Wall has worked with the new City of South Fulton, Dunwoody, Brookhaven and Sandy Springs to set up TANS to provide temporary borrowing to cover expenses.  Wall proposed that the city of Stonecrest borrow about $2.5 million. The money, along with interest and other fees, would have to be repaid by Dec. 31 every year.