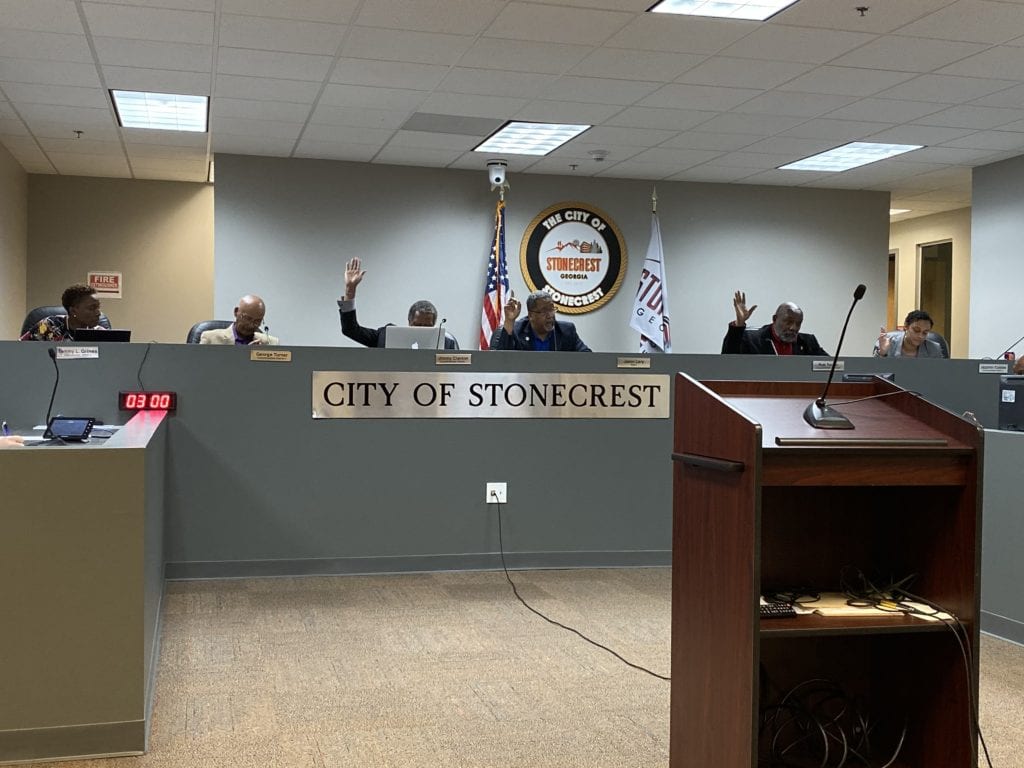 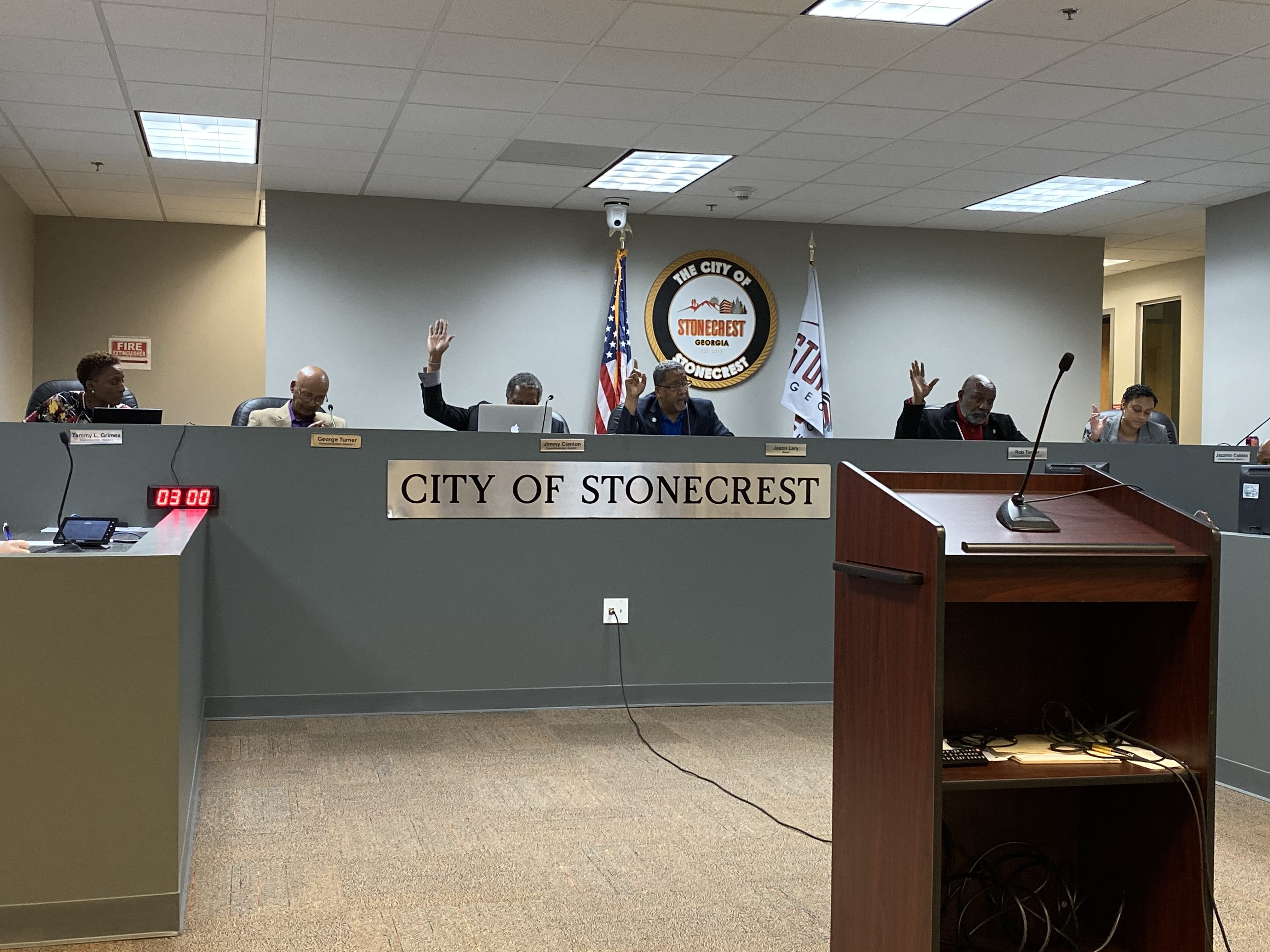 The Stonecrest City Council held a special-called meeting on Feb. 13 and unanimously agreed to investigate a secondary financial vehicle, a TAN (Tax Allocation Note) to temporarily borrow the money for the purchase of the former Sam’s Club, which the city plans to use for its new City Hall and City Center.

The City Council also agreed to allow staff to negotiate with Sears to extend the city’s closing date in order to prepare for a bond deal to purchase the property.

City Attorney Winston Denmark told the council, without the approval, Stonecrest might lose the opportunity to purchase the buildings as well as more than $300,000 in earnest money.

Denmark said the city was scheduled to close on the former Sears building on March 5 and the Sam’s Club building on March 2. The city has had to extend the closing dates because it has been working on securing financing for the deals.

“Every day that we wait, we increase the risks of losing our earnest money,” Denmark told the City Council on Thursday (Feb. 13).

The city inked a $2.1 million deal last fall for the 142,000-square-foot Sears building and its 15,000-square-foot tire and battery center. City officials said they want to use a portion of the buildings to house a MARTA police precinct, another portion for a higher educational institution, and dedicated space for film and entertainment projects. The City Council approved paying $105,000 in earnest money to Sears, Roebuck and Co. for the deal.

Denmark said he is hopeful that staff will be able to negotiate an extension for the Sears closing since Sears is in bankruptcy and the city’s deal would still have to be approved by the bankruptcy court.

“…We have some wiggle room with regard to Sears… We have no room with Sam’s. They have already told us that you missed this date, we keep your money. And they already have somebody standing by ready to buy,” said Mayor Jason Lary.

The city council approved the $2.995 million purchase of the 141,000-square-foot Sam’s Club building last October. The council spent $235,000 in earnest money needed for the purchase. The Stonecrest Sam’s Club has been vacant since it abruptly closed on Jan. 11, 2018.

Denmark said he recommended having special-called meeting on Thursday to quickly address the purchases. He said the city lost precious time after four City Council members staged a walkout at the Feb. 10 council meeting over an attendance issue concerning Councilmember Jazzmin Cobble. The council deadlocked 2-2 in retroactively excusing Cobble for two meetings she missed last year that could mean forfeiting her seat, based on the city’s charter.

Due to the walkout, there was not a quorum to decide on several key issues including a vote on deals to TAN for the Sam’s Club and the bond for the Sears purchase.

All of the councilmembers were present for the Feb. 13 special called meeting.