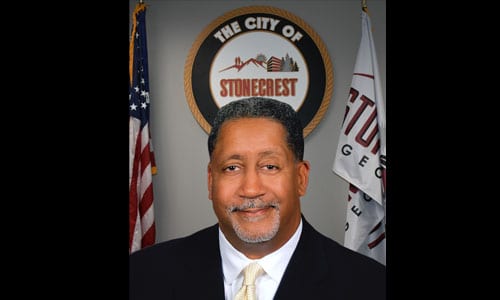 Stonecrest Mayor Jason Lary announced that City Hall would be closed to the public until further notice. The mayor also cancelled all upcoming meetings to include:

City staff, equipped with laptops and cell phones, are working from their homes or remote locations.

Building and code enforcement inspections will still be conducted.  The city’s main phone number, 770- 224-0200, will be answered by the city’s call center.  Some staff members’ office phones will be forwarded to their cell phones or callers may leave messages on individual voice mails.  Staff members will return calls in the same manner as if City Hall were open.

“ I have been in conversation with our governor and I’ve kept close watch and in touch for what the CDC is recommending so that I can clearly inform our residents in a manner so that we can protect ourselves with proper information,” Lary said. “This is what I know for sure: The CDC recommends no events, no gatherings of more than 50 for the next eight weeks.”

Lary also said he would not restrict businesses from operating, unless mandated by higher officials to do so.

“It’s up to businesses to close or not to close. We want them and customers to be safe,” said Lary.

The public is encouraged to use the city’s website, www.stonecrestga.govto apply for licenses and permits and to report code violations.  The website will also provide continuous updates on City Hall’s future operating hours.

ailable as issued and can be found at https://dekalbcountymagistratecourt.com.