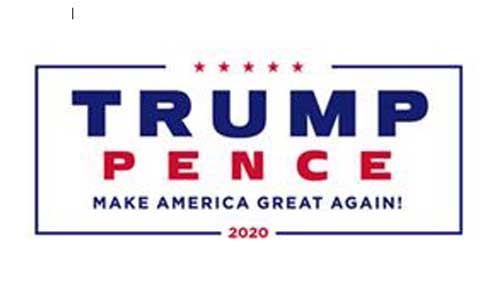 For the fifth time, the Trump Campaign has requested that the Georgia Secretary of State perform an immediate audit of the signatures on all absentee ballot applications and absentee ballot envelopes received for the November 3rd General Election. The Trump Campaign estimates that between 38,250 and 45,626 illegal votes from the absentee ballots alone were cast in the state of Georgia – far beyond the Biden-Harris ticket’s current margin of 12,670 votes.

The Trump Campaign has substantial evidence of other violations of Georgia’s Election Code and numerous other serious discrepancies in voting across the state which call into question the validity of the Secretary of State’s certification of the presidential election.

Trump Campaign attorneys requested that the Georgia Secretary of State uphold his duty to preserve the legitimacy of his state’s elections, saying: “It is not possible for you to accurately certify the results in the presidential race from the November 3, 2020, election until and unless there is a thorough audit of the signatures, which we have now requested four times in writing prior to this request. You cannot in good faith conclude the ongoing statutory recount until you have instituted a signature matching audit,” said Ray S. Smith, III, Counsel to Donald J. Trump for President, Inc.

“Until the signatures are matched, the vote count in Georgia is a complete fraud,” added former New York City Mayor and Personal Attorney to President Trump, Rudy Giuliani. “There is no way of knowing which ballots are honest and which ballots are fraudulent.”