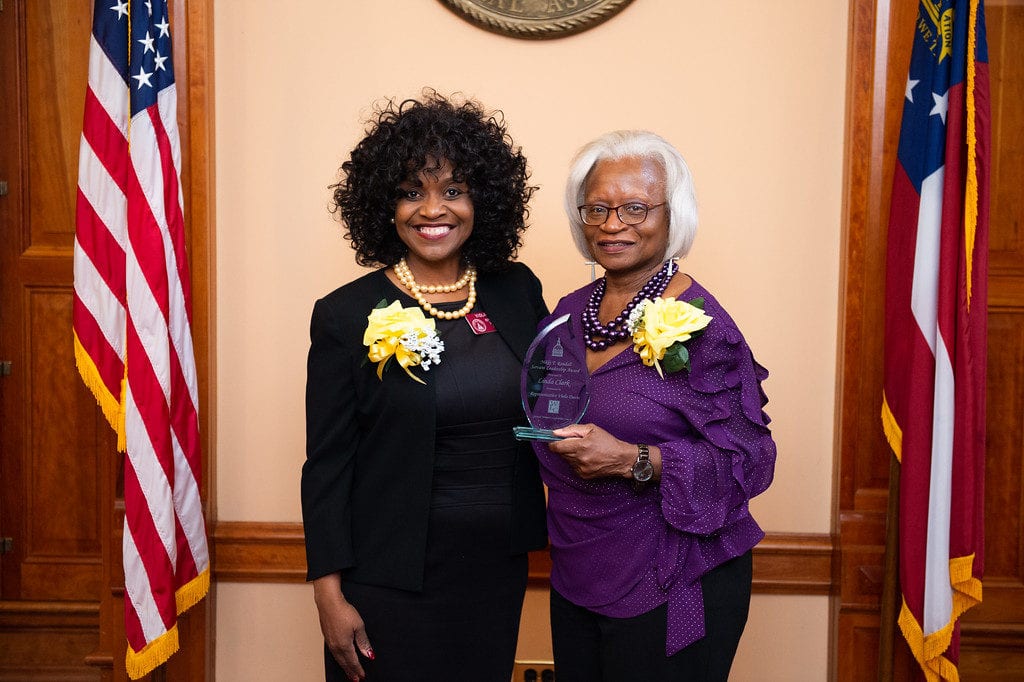 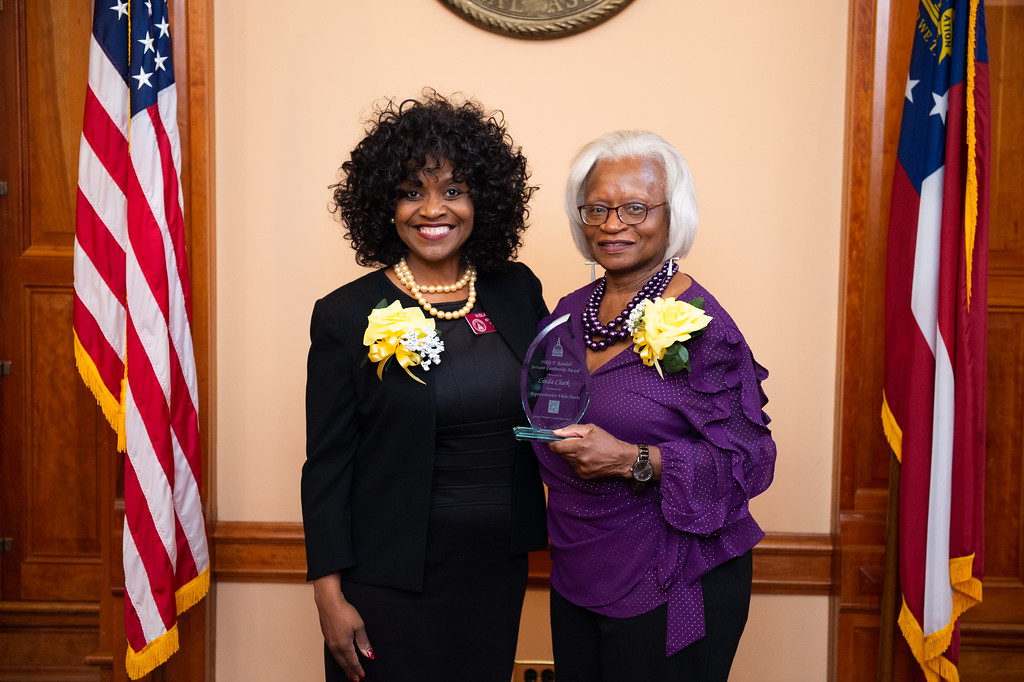 Davis described Clark, a longtime resident of the Peters Park Community, as a “one-woman force that has unified the community to combat and fight the growing deterioration of the neighborhood.”

Davis said Clark has a long history of serving the Peters Park Community with dedication and devotion.

Clark took the lead in a community cleanup,  motivating more than 75 volunteers from all over Tucker to roll up their sleeves and pitch in to restore Peters Park.  The army of volunteers carted off 138 bags of garbage, 39 tires, and five truckloads of waste.

Clark was selected by the City of Tucker as its Citizen of the Month in June 2018. She integrated Brockett Elementary in 1966 and was appointed by the Board of Commissioner (BOC) to the Citizen Advisory Board.

Clark has two adult sons, four grandchildren, and one great-grandchild.

“Linda Clark is heroic, fearless and courageous.  She is the ultimate example of the reason we award champions like Linda the Yellow Rose Award,” Davis said.